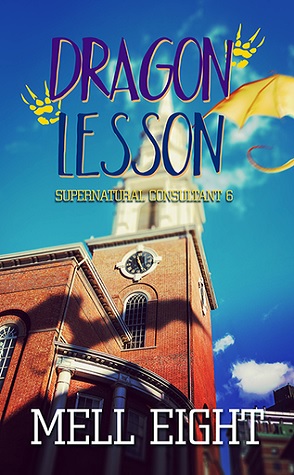 All Lumie wants is Goldie's beautiful smile, but the only expression he ever shows Lumie is tears. When Goldie asks him for a favor, Lumie leaps at the chance to finally see Goldie happy.

Goldie wants to live a life free of the fear that has chained him for so long, but breaking free of them once and for all may come with a higher price than he and Lumie are prepared to pay.

Lumie wants nothing more than for Goldie to be happy.  He loves him and in a vision he saw Goldie smile.  He wants that to happen in real life.  As Lumie has special powers besides his normal dragon powers, he is contacted by the government as they want him to work for him.  They will pay for his college and then he’ll work for them for 6 years. Lumie isn’t all that excited about college but he knows his brother Alloy is.  When Lumie talks to Goldie about it, he asks if he can come too.  While Lumie hates school he’ll do anything to be close to Goldie – including go to college.  Lumie makes a deal so that he as well as Alloy and Goldie get the same college education and work as he does. Unfortunately the first case that Lumie and Goldie are assigned ends up being one that even Lumie and his special powers can’t deal with.

Goldie spent 5 years being experimented on by scientists before he was rescued.  He has never been far from the dragon town he lives in and while he’s excited about college he’s also very hesitant to go.  He never dreamed that talking to government agents would bring to light what his powers do to him but it changes his life.  Now if he can just get Lumie to love him, he’d have everything.

This was yet another great story in the Supernatural Consultant series.  The books are just so engaging and seeing the dragon kits that we were introduced to in book one grow into young men and women is awesome.  I love that Eight has moved the story along so that 13 or 14 years have passed since it all began.

In this book Lumie finally figures out his strange powers.  He also has found love and wants his mate to be happy.  The way Lumie was with Goldie was so very sweet I had a smile on my face for almost the entire book.  He’s such a caring young man!  I loved that Eight had Lumie grown up but still his mischievous self.

The book was highly entertaining and a wonderful addition to the series.