Jessica Lemmon is a new to me author. I read my first book by her a couple of months ago when The Billionaire Bachelor came out. I enjoyed that one a lot and have been looking forward to reading this book ever since I finished Bachelor and met Tag Crane. He charmed the socks right off me in his brother’s book and that is a huge reason why I’m thrilled to be featuring his book here on the blog for today’s Sunday Spotlight. 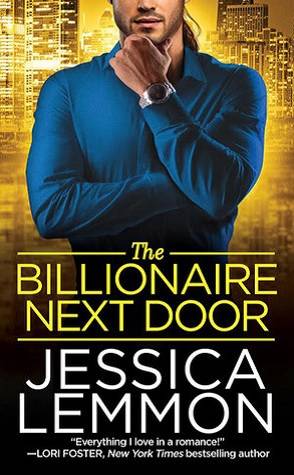 It’s Tag Crane’s job to be the life of the party. Traveling from one exotic locale to another is just part of running the luxurious Crane Hotel empire. But even paradise isn’t perfect. Devising a new business strategy is keeping Tag up at night-and so is the Great Dane barking at all hours in the apartment below his. To muzzle the problem, Tag charges downstairs . . . right into the most beautiful, blond distraction he’s ever seen.

Dog-sitting by day, bartending by night. It’s not exactly the life Rachel Foster dreamed of. But when Tag Crane rushes in, all mountain-man shoulders and obscenely sexy smile, needing her help for the Crane Hotels, it’s a fantasy come true. What’s the harm in a fun no-strings fling? Only a fool would give her heart to a billionaire player like Tag-until suddenly the one man who can’t be caught is the one flirting with forever . . .

Surely the blonde would be down with Adonis in tow any second now. As he took the second sip from his cup, he saw her. Well, he saw Adonis first since he was six feet ahead of her, leash a straight, taut line. The blonde’s hair was in a sloppy topknot, and she’d changed into jeans and a long red sweater. Her coat was open, her boots came up to her knees. Nothing special about her outfit, but he was hit with a blast of longing so acute, he froze in place.

Like the first time he’d spotted her on the sidewalk, she’d once again struck him stupid. Him noticing a woman was not a rare thing, but neither did he stop and stare, dumbstruck. The moment he’d noticed her, and she’d noticed him, had been infused with a palpable buzz of electricity.

“That’s stupid,” he grumbled against the lip of his coffee cup, sliding behind a divider separating the coffee shop from the lobby.

She strode by in a plume of soft, floral perfume, Adonis in the lead and so focused on getting outside he didn’t give away Tag’s hiding spot.

Tag shook his head. There was no denying it. Oliver’s girl was cute.

“One of her regulars,” he mumbled to himself, remembering their conversation from earlier. He glided over to the front desk after woman and dog vanished into the whitewashed landscape outside.

But he knew. One look at the blonde’s smooth skin and blue eyes, even with her body covered from head to toe in flannel polar bears, Tag knew exactly what she and Oliver were regularly doing.

It was what any man in his right mind would regularly do with a woman who was as effortlessly sexy as she was.

“Whatever,” he said, determined to stop debating how dorky Oliver had landed a super hot (and way too young for him) girlfriend.

“Talking to yourself again, Tag?” Fiona manned the front desk often, her shifts ranging from day to night to filling in for the afternoon staff. He’d been out with her a few times. She was brunette, savvy, and a great lay. A keeper if he were the keeping type, but then he’d let her go and she’d gone and now she was dating some dude with a law degree. Good for her.

“The blonde,” he said, tossing his chin toward the door she just exited. “She’s staying with Oliver. I think she works second shift. Can you let me know when she comes in tonight?”

“You mean spy for you?” Fiona’s eyes rounded playfully.

“A little intel is not spying, Fi.”

She tapped her keyboard then said, “Rachel Foster. Says here she is a bartender.”

“One of her regulars,” he said, his tone shifting into duh. He was a restaurant guy—how had he not put that together? They must’ve met at the bar where she worked. Maybe Rachel and Oliver had some sort of opposites attract thing going on. Who knew, maybe the guy was really charming in that setting.

Tag grimaced. He couldn’t picture it.

“I’ll let you know of her comings and goings,” Fiona promised. “Oh, and Tag?”

“Yeah, doll.” He dragged his attention from the door to focus on Fi’s knowing expression.

“This wouldn’t happen to be personal would it?” Her voice had a sing-song quality.

“I do.” Nostalgia hung on those two words, like maybe she was remembering a time between them. He couldn’t call up specifics, only that she’d rated on his scale and she was all wrong for him.

That happened a lot.

“The dog has been barking nonstop. It’s not like him.”

Fiona nodded. “Ah. I bet he has separation anxiety. Whenever I leave my Pomeranian, Lola, she goes crazy. My dog sitter says she’s inconsolable for weeks.”

“Mm-hmm,” Fiona confirmed, folding her arms on the counter in front of her. “There are several things you can do to combat it. Some dogs need more exercise, others special treats. They even have these toys that are like puzzles you hide treats in to keep them busy during the long hours while the owner is away.”

Finally. Something tangible. An action step he could check off a list.

“Where’s the nearest pet store that would have those things?”

“I love Pup Paradise. They have everything, including services like grooming and dog massages.”

“Let’s hope it doesn’t come to that,” he said. “Get me an address, will you?” Movement outside the door showed Rachel Foster and Adonis moving toward the glass entry door. “I’m, uh, I’ll be back.”

Without explanation he darted off in the direction of the coffee shop, but not before he heard Fi’s smart aleck comment of “Totally spying.”

Yeah, yeah. But for good reason. He watched Rachel walk by, that same thread of longing stringing through his entire torso.

He wanted to help the dog. That’s it. 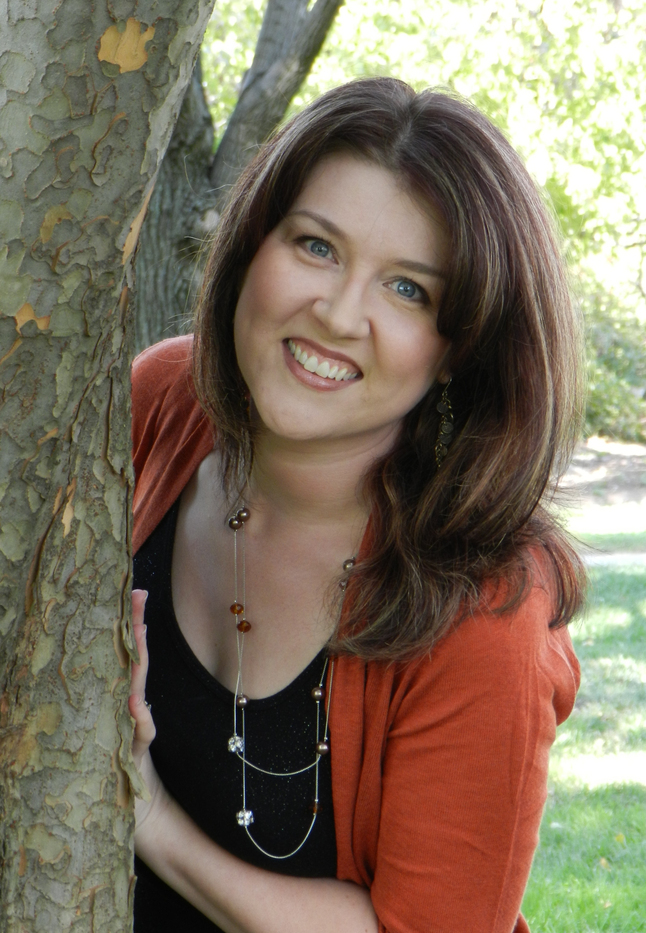 A former job-hopper, Jessica Lemmon resides in Ohio with her husband and rescue dog. She holds a degree in graphic design currently gathering dust in an impressive frame. When she’s not writing super-sexy heroes, she can be found cooking, drawing, drinking coffee (okay, wine), and eating potato chips. She firmly believes God gifts us with talents for a purpose, and with His help, you can create the life you want.

Jessica is a social media junkie who loves to hear from readers.

4 responses to “Sunday Spotlight: The Billionaire Next Door by Jessica Lemmon”