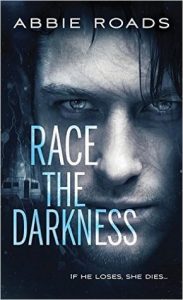 Cursed with a terrible gift...

Criminal investigator Xander Stone doesn't have to question you—he can hear your thoughts. Scarred by lightning, burdened with a power that gives him no peace, Xander struggles to maintain his sanity against the voice that haunts him day and night—the voice of a woman begging him to save her.

A gift that threatens to engulf them...

Isleen Walker has long since given up hope of escape from the nightmare of captivity and torture that is draining her life, her mind, and her soul. Except...there is the man in her feverish dreams, the strangely beautiful man who beckons her to freedom and wholeness. And when he comes, if he comes, it will take all their combined fury and faith to overcome a madman bent on fulfilling a deadly prophecy.

Xander Stone was cursed with a gift (oxymoron, isn’t it?) when he was struck by lightning. Not only was he terribly disfigured, but he can hear people’s thoughts. He uses his so-called gift to help law enforcement to get the criminals that they can’t get just by sitting across the table from the criminals. It proves highly effective.

Xander has been hearing a woman’s voice for years, a voice begging for help. He chalks it up to who he has called “The Bastard in his Brain” screwing with him and has ignored it for as long as he has heard it. One night when he goes on a beer run, the Bastard somehow turns him toward a place that he’s never been and never had any desire to go. It’s there that he finds two women being held captive. Xander is shocked and dismayed when he realizes that one of the women is the voice that he’s been ignoring in his head for all those years. Now, he determined to get her out alive, his life be damned.

Isleen Walker and her grandmother have given up hope. Having been taken captive eight years ago, all they know is that their time is coming to an end. The psychopath, Queen, is starting to spout off even more crazy stuff than usual. When Xander shows up at their own personal hell, Isleen can’t believe what she’s seeing. The man that she’s been dreaming about for years. Xander Stone is her own personal savior, the man that her grandmother said was coming. The man that would save her.

Although Xander saves both she and her grandmother, there is still someone out there that wants to kill them both. Someone that thinks their demons. Xander is instantly drawn to Isleen and can barely bring himself to leave her side. She’s the only one that can quiet his brain, the only one that he feels any peace with. As for Isleen, Xander is the only one that she feels safe with. Their relationship is prophesied though they don’t know it. These two have so much to overcome and the only way they can do it is together.

One response to “Review: Race the Darkness by Abbie Roads”