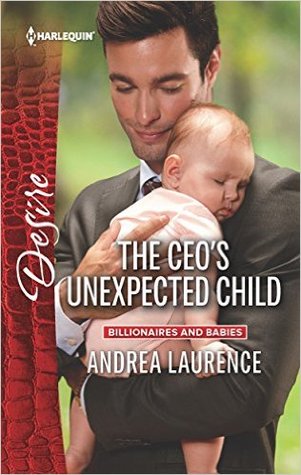 CLAIMING HIS CHILD…AT ANY COST

A shocking fertility clinic mix-up has resulted in Luca Moretti fathering a child with a woman he's never met. There's no way the CEO will walk away from his baby girl. But he has thirty days to convince her distractingly beautiful mother to do exactly what he wants.

Widow Claire Douglas is still reeling from the loss of her husband when she discovers a stranger has fathered her child. And the rich bachelor will stop at nothing to gain joint custody. How can she possibly fight a man with such money and power…and a charm she can't resist?

I don’t read very many Harlequin category romances because every time that I do, I’m reminded why I don’t.

Claire Douglas is a widowed mother who found out that 1) her husband was cheating on her before he died and 2) the baby she thought was her husbands is not and because of a goof at the fertility clinic she used, a complete stranger is her baby daddy. Trying to come to terms with all of that is hard enough but when her new stranger baby daddy threatens to sue her for joint custody of the baby, shit gets real. This isn’t something that the fertility clinic can fix (even though they made her a very rich lady thanks to their goof).

Luca Moretti is a billionaire in charge of his family business. His family runs a successful Italian restaurant chain and that restaurant chain has made them very rich. When Luca was a teenager, he was diagnosed with testicular cancer and he’s in remission but lives in constant fear that the cancer will return. His cancer history and some doctors in his past made him believe that he would never father kids of his own so before cancer could destroy his chances at kids someday, he had some semen samples kept on ice for the future and it was those samples that were used to knock up Claire.

He’s a grown man now, living the bachelor life and when he finds out that he has a daughter out there, he’s determined to be a part of his daughter’s life….even if it means taking her mother to court to ensure he gets to see her.

In order for Claire to get to know Luca better so that they can make this co-parenting thing work, Luca suggest getting away for a month. Claire reluctantly agrees and off they go to the vineyard (as I imagine rich folks say) for a month of rest and relaxation…and falling in love getting to know each other. 🙂

Luca comes from a huge Italian family and they’re loud, their gatherings big and crazy so he’s been around kids his entire life. He’s not worried about being a good father, but he’s worried that Claire who blows hot and cold will get in the way of his relationship with his daughter.

Claire is still reeling from pretty much everything that has gone to shit in her life. Her marriage was a farce, the whole mix up with the fertility clinic is still making the rounds in her head and now she’s got a baby daddy that is a completely stranger that wants to become a part of her life. She’s attracted to him and that complicates her already complicated life. She doesn’t know who to trust anymore.

Claire’s attitude toward Luca in the beginning got on my nerves because it was no more Luca’s fault that they were in the situation they’re in than it was hers and yet she took everything out on him. Annoyed the snot out of me even though, as a mother I understood where she was coming from. Her hot and cold attitude got real old, real fast though and I spent a good chunk of this book wanting to punch her ever living lights out.

Luca was understanding about Claire’s attitude toward him even though (like me) he was annoyed about it, but he made it on to my people I want to punch list when he started second guessing Claire and her motives and everything that happens after they get home from Martha’s Vineyard. I mean seriously, you dickhead asshole! Get it together already!

The other thing that didn’t work for me was how cheesy everything was. The way that Claire says Luca’s name annoyed me too. “Oh Luca!” Oh shut up! Everything that happened when they got back from their vacation made me want to gauge my eyes out. I don’t even know why I finished this book. It started off a little on the crazy side but it was interesting but as the story progressed, my enjoyment just kept getting lower and lower until I was happy that it was finally over.

It started off with promise but didn’t hold up which was a bummer.