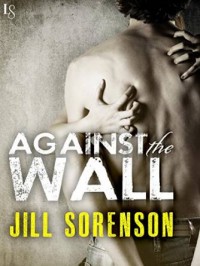 Eric Hernandez just got out of a halfway house after having lived there for the past three months.  He was required to live there after he got out of prison, having served three years for manslaughter.  He grew up hard and in a gang-filled neighborhood but he’s determined to never go back to prison. Both his father and brother died in prison and that’s not the way he wants to live his life. That means no associating with known criminals, not going back to his gang and not making a move on Meghan Young – the girl he’s been in love with for years.

Meghan is a college student who is in love with Eric.  They were together and she was willing to wait for him but he told her in no uncertain terms that she was a one-off and that she was nothing special to him.  Determined to move on she eventually moves in with her rich boyfriend, Chip.  She knows almost immediately that it’s a mistake but she’s not sure what to do about it.  When Eric moves in with her brother (who’s married to Eric’s ex sister-in-law) and Meghan sees him again she knows that her feelings haven’t changed.

Eric gets a job at a local tattoo studio and tries to stay out of trouble but as much as he wants nothing to do with his old gang or their rivals he finds himself in trouble once again and when Meghan’s life is threatened he knows that he can’t lose her.

Most of the NA books that I read are college related with both characters (or at least most of the time) being students.  This was a more than different with Eric having just gotten out of prison.  I felt his inner turmoil in wanting to do what’s right but knowing that he’s not a soft person and some things are just ingrained in him.  He tries so hard to do the right thing but the odds are so stacked against him and it made my heart ache for him.  He had killed the rival gang member in self-defense but admitted his crime and did the time.  He didn’t try to make light of that and I really liked that about the story.

Meghan was a litle harder to me to get close too.  Even though Eric was a tough guy I understood him and his thoughts.  With Meghan I sometimes had a hard time relating to her.  Her decisions with Chip made no sense to me and while at times she knew what she wanted other times she was wishy-washy about it.
In the book Meghan and Noah’s background was religious as they were preacher’s kids but they were raised Episcopalian.  I’m an Episcopalian and the way the church was depicted in this book, incredibly strict, was a bit alarming as I’ve never been to an Episcopal church like the one described in Against the Wall.  Now, if Sorenson had said Baptist (I was raised Baptist and they were extremely strict) then that would have made more sense.  I think that most people will skim over that part and not pay it a lot of attention but since it’s near and dear to me this deviation stood out to me.

I really enjoyed this story and hope that we’ll soon get to read about Meghan’s friend, Kelsea, as there was a part of the story involving her that was unfinished.

The story is tough and gritty but well done and worth reading.