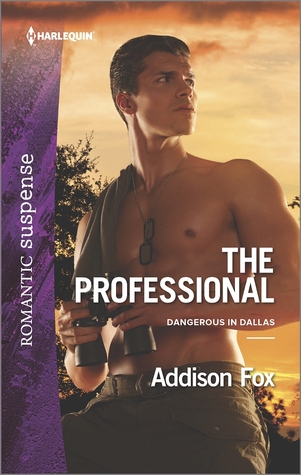 Her sexy neighbor turns savior in this next Dangerous in Dallas romance!

Despite her job as a wedding planner, Violet Richardson doesn't believe a happy-ever-after is in her future. And when she's kidnapped by a killer, she's surprised that rescue comes in the form of her tempting yet irritating neighbor Max Baldwin.

Trying to forget his dark past, Max never meant to take on his attractive neighbor's troubles. But now the bickering pair must outrun a thug who's determined to get his hands on mysterious jewels he thinks are in Violet's possession. And as they race for their lives through Dallas's summer heat, Max and Violet may finally open their eyes to the burning passion they share.

This book is part of a Harlequin Romantic Suspense series. Book 1, Silken Threats, was actually a DNF for me because I just couldn’t connect with the characters and felt that the writing was awkward. It’s a good thing I hadn’t realized initially that The Professional was part of that series or I might never have picked it up!

The first three books in the series focus on three women who own wedding-related business in Dallas. (Or maybe it’s just one business with three divisions? I was never quite clear.) There’s a mystery about some jewels and a villain running through the series, but to be honest, it’s a little outlandish, and I was not too lost jumping back in with this book. The heroine of book 3 is Violet Richardson, a wedding planner. She has a reputation as being the tough, no-nonsense professional of the group, and she has a serious “you-piss-me-off-but-secretly-my-pants-are-hot-for-you” relationship with another local business owner and friend of the previous heroes, Max Baldwin. The two have been trying to resist the attraction they’re feeling, but when Violet gets kidnapped, Max immediately jumps up to rescue her. They have a bit of an extended adventure escaping the bad guys, and then they have to work with the rest of the crew to put a stop to them once and for all.

This book did have many of the same problems that caused me to DNF book 1. The plot is a little silly, and the bad guys are cartoonish. While I wouldn’t call this a great book, there were some saving graces that I liked. First, I really liked Violet and Max. Both could be a little more antagonistic than I usually enjoy, but I thought they had good chemistry and were a nice match. My favorite thing about the book was when Violet and Max were on the run! I love a good adventure romance, and this one had them sleeping in a hay loft, hitching a ride on a train, and cut off from their group. I love that stuff! I would have happily read a whole book of just those two adventuring.

Unfortunately, once they rejoin the group things dropped off a bit. I still had a good time reading the book, but if hay lofts and train cars aren’t your catnip, you might want to pass. 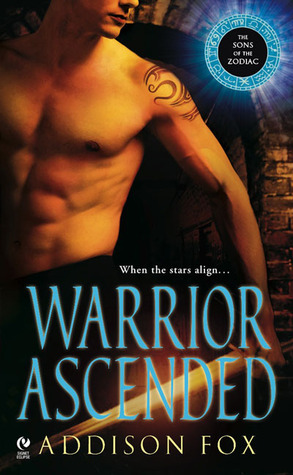