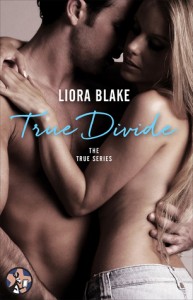 What do you do when the one boy you were never quite able to forget lands on your doorstep?

Lacey Mosely feels stuck: in her rural town of Crowell, Montana, at her job as manager of The Beauty Barn, and in her lackluster love life. Enter Jake Holt, one-time misfit and Lacey’s secret high school love. Ten years later, Jake is a private pilot whose travels take him all over the world, and once he shows up in Lacey’s life again—at the most unexpected time—he can’t seem to stay away. Now it’s up to Lacey to decide if she’s ready to let go of the past…and take a leap of faith for love.

Lacey Mosley was born and raised in Crowell, Montana. As much as she feels stuck there she can’t imagine leaving. She has worked at The Beauty Barn since she was about 16 years old and now works there as a manager for her elderly boss.

When she takes her sister to the hospital to have her baby her brother in law has to fly in from Los Angeles as the baby comes a couple of weeks early. When Lacey sees who the pilot of the plane is she’s shocked to see that it’s Jake Holt, the boy she’d had a hidden relationship with during her senior year of high school. Jake was the bad boy skater and Lacey was the good girl cheerleader but they came together and made it work. When Jake left for parts unknown the day after graduation Lacey was shocked and stunned and now that he’s back in town Lacey’s not sure she wants to get involved with a man who she knows is just going to leave once again.

Jake needed to get out of Crowell as he felt like he was suffocating. He had lived an interesting yet hard life for a while but then got his pilot’s license and life was pretty good at the moment. He never forgot Lacey and wants to start up another relationship with her. Lacey never stopped loving Jake but again, she doesn’t want to get involved with a man who wants nothing to do with Crowell. When she finds out that The Beauty Barn will be hers for good Jake’s not sure he can handle being stuck in a small town with small-minded people. Can their love withstand the trials of each of them living in different states, or will it fizzle to nothing once again.

The final book in the True series was a good one. Lacey and Jake’s story was sweet and almost seamless for most of the book. Sure, Lacey didn’t want to get involved with him again but she can’t get past the feelings that never died for him. Their affair is fun and I loved their email conversations when they weren’t together. Jake was such a good guy and sent Lacey special gifts when he couldn’t be with her on certain occasions – it was all very romantic.

Jake could be a bit of an ass at times but truly once he figured out what he was saying would hurt in a way he didn’t intend he apologized immediately. It didn’t take the sting away completely but I liked that he was intelligent enough to realize his stupid mistakes.

The end was wrapped up a bit too quickly for my liking but I was happy that they managed to work out their differences. I’m sad to see this series end but hopefully we’ll get another great one from Blake sometime soon. 🙂