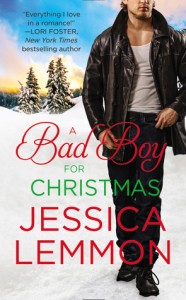 Connor McClain knows what he wants. And after four harrowing years in Afghanistan, that’s a quiet life in the lakeside town of Evergreen Cove. But coming home has land mines of its own-the most dangerous of them being long-legged bombshell Faith Garrett. Now getting her into his arms this holiday is going to require more than mistletoe . . .

With a cheating ex behind her, all Faith wants is a relaxing holiday free from man drama. And even though every moment with gorgeous Connor is a sweet temptation, Faith is determined not to give in. But Jack Frost has other plans, and soon Faith and Connor are snowbound in a winter wonderland with only the sparks flying between them to keep them warm. As one hot kiss leads to another, they’ll have to decide if they’re ready to give each other the best gift of all-love.

Faith Garrett was with her boyfriend then fiancé Michael for three years when she caught him cheating on her. She kind of folded in on herself for a while but now she’s out of her mom’s house and ready to be independent. Unfortunately it’s hard to be independent when she has Connor McClain hanging out on her couch because of an intruder that keeps trying to break in. Once that issue is solved Faith expects Connor to move along but he doesn’t. Kisses turn to more and while Faith tries to push him away, Connor is persistent and soon they are a couple. Faith has her doubts about Connor, however, and his reasoning behind his feelings for her. She’s not about to be duped by a man again.

Connor is a man who knows what he wants and goes after it. His personality is that of a caretaker and his protective side comes flaring forward when Faith has her break-in issues. He’s wanted her for a while but the more he gets to know Faith the more he likes her. He starts to fall in love but he’ll have to get by Faith’s fears before he can go forward.

This is the third book in this series and it might be my favorite. It’s hard to tell as all three of them have been really good. With this one, however, I found myself just falling completely in love with Faith and Connor as a couple.

Faith had her issues with men, and that was understandable considering her past experience. She was a great woman and I liked how she handled herself for the most part. She did let her fears lead her astray for a bit but she finally screwed her head on straight and figured out what she wanted.

Connor was an amazing. He might be my new book boyfriend as I loved him so much. He was kind and giving, protective yet caring and above all…hotter than sin. His personality really shined through in this book and I was happy that even though he had some past issues he didn’t let them get in the way of his future happiness. He was mature enough to realize that Faith wasn’t like anyone else and he couldn’t live his life stuck in the past. He was a good man and made me smile throughout most of the book.

ABBfC was a fun, sexy story and one I definitely recommend.

Guest Review: Return of the Bad Boy by J