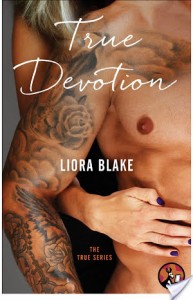 Devon Jenkins is a feisty blonde, and Simon Cole is the arrogant, sexy guitarist playing in her brother’s band. When they met for the first time, it went something like this: He hit on her, she shot him down, he made a lewd joke, she told him he was an idiot.

In the two years since then, not much has changed. From the way Simon flirts shamelessly with any set of ovaries within a 100-mile radius, Devon knows the smartest thing she can do is keep an impenetrable wall between them.

But sometimes the smart choice isn’t necessarily the right one…

When Devon and Simon first met it was lust at first sight. That was until Devon’s brother walked in to the room and told Simon to get his hands off of his sister. Oh boy. Simon was not happy but didn’t give up on his lust for Devon.

Devon and her family grew up in the projects of Cleveland and they were happy to get out of there. Devon especially as she left a brutal relationship behind. She turned her life around by becoming a massage therapist. She’s a happy person who loves taking care of her brother’s daughter and baking in her spare time. She loves verbally sparring with Simon but while she lusts after him she knows it won’t go further as she believes Simon to be a man-ho – even though she would love it to. She also believes that she’s not really good enough for anyone so doesn’t look further into Simon or anyone else.

Simon isn’t who Devon thinks he is. He’s a good man who has had some traumatic and emotional events happen in his life. He’s trying to do the best he can in his life and that means helping people. He finally seems to get through to Devon but when the going gets tough in their relationship Devon lets her self-esteem issues get the best of her and she makes a break for it.

This was another great book in this series. (Two out of two is a pretty good record!) I loved Devon and Simon together and I adored the chemistry of the two of them that practically flew off the page. How they ever managed to go two years without getting together is beyond me.

In this story Devon learns that Simon isn’t exactly who she thought he was – he’s more. I loved seeing her get to know him as someone other than just a guy in her brother’s band. She got to know him deep down and there was a lot to know.

Simon was awesome. I loved him from minute one and that didn’t change throughout the book. He was a good person and one who cared deeply. Don’t get me wrong, he could snark it up with the best of them and he had a great sense of humor as well. He was highly intelligent and incredibly wealthy but for all that he had he wasn’t conceited or snobbish and that was one of the things I loved about him. He was down to earth and…well, normal. The banter between Devon and Simon was entertaining but never hurtful which I liked. Simon could easily be a great book boyfriend, that’s for sure.

The book was a good one and I really enjoyed reading it. I’m looking forward to reading more from Blake in the future.

This title is available from Pocket Star. You can read it here or here in e-format. This book was provided by the publisher in exchange for an honest review.

One response to “Guest Review: True Devotion by Liora Blake”