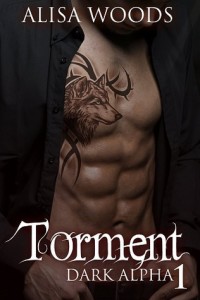 Shifters live in the shadows of Seattle, just under the skin of the alpha male, dot-com billionaires who are building a new Silicon Valley in the Emerald City. Jak enjoys the female human population of Seattle as much as any wolf, but his heart belongs to a female shifter who’s already mated. Worse, she’s the mate of his alpha’s brother. Arianna was captured from her pack when she was only twenty and mated to a wolf whose dark side takes full advantage of her unbreakable bond to him. Her nights belong to him, but her days are free to explore other things… including feelings for a wolf she can never have.

Is love stronger than magic? Or will breaking an unbreakable bond destroy them both?

Jak is playing bodyguard to Arianna while she goes to college. Arianna is mated to Jak’s Alpha’s brother, Mace, who is also an Alpha. Jak pretty much thinks that Mace is an ass and even, at one point, helped another woman that Mace kidnapped to be his mate get away so that she would be put through it. Unfortunately when Mace kidnapped Arianna from her pack Jak couldn’t get her away in time a Mace completed the mate bond. Now Jak is longing for Arianna but knows he can’t be with her.

While at the college one day Jak and Arianna are attacked and while they get away their adrenaline is flowing. Nothing can stop them from acting on their feelings for each other but that means that they’ve just broken pack law and Jak can be killed for it.

This was a nice start to what looks like will be a good shifter story. It was a fast read at just 60 pages, that’s for sure. I liked the play between Jak and Arianna before anything happened between them. They were so cute together and even though they didn’t know much about the other I could tell that Jak cared for Arianna and what she was feeling.

Hopefully all of the stories in this series (there’ll be 6 from what I understand) will be just as good.

This title available from Sworn Secrets Publishing. You can buy it here in e-format. This book was provided by the publisher in exchange for an honest review.