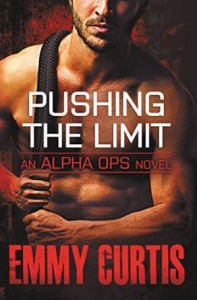 After their one-night fling at a wedding, archaeologist Henrietta “Harry” Markowitz thought she’d never see war hero Matt Stanning again. So when they’re paired up to investigate a military plane crash in Iraq, she’s not sure if the three-month reunion is serendipitous or cursed. What she does know is this gorgeous man lights her body on fire—and incredible sex is always a welcome distraction.

Air Force Sergeant Matt Stanning has been called a hero, but he feels nothing like one when he realizes the sexy blonde in his bed is the widow of his fallen brother-in-arms. Even worse, he actually has to work with her, and she’s unearthed evidence that points to a military conspiracy. If they dig deeper, they’ll put their lives in danger. If they don’t, they’ll never know the truth—not only about the mysterious plane crash, but about each other.

Matt and Henrietta (aka Harry) met at their friends’ wedding and had a little naked sexy time in the garden in the rain. Neither one has been able to foget about that short but wonderful time in their lives.

Harry is an archaeologist who is working for a private company in Iraq. Matt Stanning shows up after Harry puts in a call about a piece of metal she found that might possibly belong to a downed military plane. From the minute that Matt shows up he and Harry cllick once again. They end up sleeping together – finally! – but that all turns a little nuts when Matt realizes that Harry is the widow of his best friend who died seven years earlier. Matt is mortified that he’s betrayed his best friend but Harry doesn’t see the issue. Yes, she loved her husband so very much and feels that she’ll never let anyone into her heart again, but she sees no problem in sleeping with Matt as it won’t mean a relationship.

While the two are dealing with the “sleeping” arrangements their lives are in danger. There is someone out there who wants whatever is below the surface at Harry’s dig site and will stop at nothing to get it.

This was another great story in the Alpha Ops series. So far I’ve really enjoyed reading about the different characters that we met in the previous book. I think that both the suspense part of the story as well as the romance was well done and blended nicely with each other.

The dig site and what’s underneath the sand in Iraq is a major part of the story but it provides a nice catalyst for bringing our two MC’s together. Both Harry and Matt had dealt with Danny’s death in their own way. Matt felt incredibly responsible for Danny’s death even though Danny was a man who worked with explosives and nothing Matt could have done would have saved Danny’s life. Despite that Matt had deeply mourned his friend for the past seven years and hasn’t moved on.

Harry knew that Danny had been her one true love and that she’d never love anyone the way she’d loved her husband. Knowing that, she had allowed herself the rare sexual partner but had always held herself apart from any true connection. When she met Matt she thought that they could just sleep together and have some fun but she soon realized that Matt meant more to her than even she thought possible. Each of them had to come to terms with their feelings about each other and I really liked how Curtis took us on their individual journey’s in dealing with their grief and recovery. I did want to slap Matt a time or two near the end of the book because he was acting like an ass but other than that I loved reading about the romance between these two characters.

The other parts of the book that dealt with the suspense portion were incredibly interesting. I found myself completely absorbed with the story which is always a good thing.

Overall the book was well done and I can’t wait for the next installment in the series.