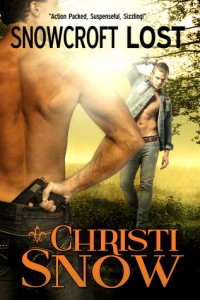 Secrets and Lies…
Everyone has them. Big ones. Little ones.

For Trevor Mayne and Jamie Vaughn, secrets and lies are how they’ve made their fourteen year friendship work. Don’t talk about it. Ignore it and it won’t be real. Pretend like everything’s fine between the two of them.

Jamie can’t live like this anymore. He’s in love with Trevor, his best friend who just happens to be straight. Tired of hiding his feelings, he decides to walk away. From their friendship. From his hometown. From his business.

But before Jamie gets a chance to leave, a freak accident leaves Trevor with amnesia. A new blank perspective leaves him confused about the inconsistencies of what he’s told his life should be vs. the feelings that he knows he has. Now those secrets and lies, that should be safer than ever, are suddenly front and center and changing everything between them.

Their world is at risk because their secrets and lies aren’t the only ones at play here. There’s a bigger lie out there and it could just destroy everything as they get closer and closer to the secret hidden in depths of the Snowcroft forest.

So Jamie is gay and has been in love with his best friend, Trevor, since almost the first time they met 14 years before. He’s kept his feelings about Trevor a secret but lately their friendship has been on the rocks and Jamie’s not sure he can take the angst. When Trevor doesn’t show up for their morning run Jamie is done and makes plans to move out of state – he can’t take being around Trevor if he’s just going to be an ass. After those plans are in the works Jamie decides to go on the run anyway and ends up finding Trevor on the trail, unconscious and with a huge lump on the side of his head.

When Trevor wakes up days later he can’t remember a thing about who Jamie is and even who he is. He’s does know that he’s incredibly attracted to Jamie and is confused when he gets out of the hospital and hears people telling him he’s straight. He just knows that can’t be right. He also knows that when people start telling him about the person that he is/was he doesn’t think he likes that person very much. He definitely needs a change in his life and he knows that Jamie will be a big part of that change. Soon Trevor is sharing his body with Jamie but Jamie is leery to make a commitment to the relationship. He believes that once Trevor gets his memory back that things will go back to the way they were.

His current partner in the Forestry Service where Trevor works is anxious to get his hands on a file that’s missing. He asks Trevor to contact him immediately if it is found as it contains crucial information to their current investigation. When both Trevor and Jamie start getting threats about their sexuality (after Trevor comes out in the middle of the town bar), Trevor gets even more interested in the investigation that he was involved in at the time of his accident. Between threats to both men, Trevor’s memory issues and Trevor’s uncle who believes that Jamie, and now Trevor, are abominations in God’s eyes, there’s never a dull moment in the small town of Snowcroft.

I gotta say that when I see an m/m amnesia story with 2 best friends and one is straight, I climb all over that bad boy. This one lived up to every expectation I had of it and threw in a bit of mystery as well.

I loved both Trevor and Jamie and wanted nothing more than for them to be together for the long haul – even though I knew that Trevor would have some rough times with his very religious family. I hadn’t quite expected Trevor’s uncle to be that vocal about his hatred of gays, that’s for sure. Yeah, I knew he was homophobic but not to the extent that it turned out he was. The story takes some twists and turns that I wasn’t expecting and that made it all the better.

The story was sweet and tender at times as well as fun, funny, horrific and tragic. There was definitely a good blend of everything in the story and it made for a bit of a page turner. I enjoyed the story immensely and am looking forward to the next book in the series.

Guest Review: Found at the Library by Ch