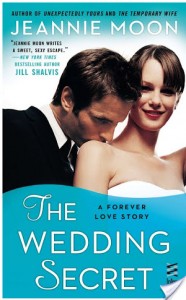 Millionaire baseball player Kevin Rossi is quite a catch…

Harper Poole’s Harvard MBA and killer instincts have made her a high-powered assistant at a software firm that generates billions. No one would ever guess she’s been keeping a secret: that she isn’t the trust fund baby everyone thinks she is, but was really raised in a trailer park in western Pennsylvania. Harper has a great life and has everything she wants—except love. But a one-night stand at a wedding with the bride’s brother can help take a girl’s mind off anything.

Kevin Rossi is a superstar major league catcher who can have any woman he wants. So when Harper discovers she’s pregnant after their one night of passion, she has no intention of making any demands on him. It will just be another secret to keep. But when the two meet again a year later, Harper wrestles with her choice—especially when her heart longs for the father of her baby…

Harper and Kevin can’t seem to stay away from each other at Kevin’s sister’s wedding. They end up in the wine cellar making whoopie…and making a baby.

Now it’s a year later and Kevin is back in town and Harper’s got a great big case of the guilts. While Harper and Kevin had been seeing each other for a bit after they first had sex, no one actually knew that they were dating. Then Kevin took a baseball contract in San Diego (Harper lives in NY) and he was gone. Now that he’s in town Harper realizes her mistake in not telling him about his daughter so she invites him over to tell him.

To say that Kevin isn’t happy with Harper for keeping pregnancy/baby a secret is putting it mildly. He’s justifiably pissed but is completely entranced by his daughter. He finds that as pissed as he is at Harper he can’t seem to get her out of his head. He semi understands her reasons but that doesn’t make them right. His family is considerably mad at Harper as well and this makes him protective of Harper.

Soon everyone cools down and Kevin and Harper start seeing each other again but there’s more strife to come. Harper wasn’t forthcoming about her childhood and this causes more issues between the two. The pair love each other but there may be too many emotional hurdles in their way to be together.

The Secret Wedding is more like The Secret Baby. Yes, Kevin and Harper had sex at a wedding and kept it a secret – for a while – but really that wasn’t the premise of the book at all. The story revolved around the fact that after that wedding rendezvous, Harper kept the fact of her pregnancy and the birth of her child a secret from the baby’s father. Her reasoning for keeping the baby a secret was…far fetched. What it really came down to was that Harper was unsure of the reception of the news so kept it a secret. Not a good enough reason in my book. I have to admit she really did everything she could, once she told Kevin, to make things right. She was open and giving to him and to his family and made the baby, Anna, available to her aunts, uncles and grandmother. Harper was a really good person she had just made one major mistake. I liked her but I really couldn’t identify with her at all and this caused me to not feel as connected to her as a character as I felt I should be.

Now Kevin, he was a jerk. He grew throughout the book and that was awesome, but for most of the book he wasn’t all that great. He had a temper, and was kind of a hot-head, and when he should have been understanding he lost his mind in anger. He was stubborn and selfish as well which weren’t pluses in my book! Now he could be kind and warm at times, especially to his daughter, which brought him up a few notches in the ratings.

The story was pretty hot in the sex department, that’s for sure. As much as I couldn’t relate to the hero and heroine I did like the writing in the book. It definitely kept my attention and kept me turning pages – a very good thing.