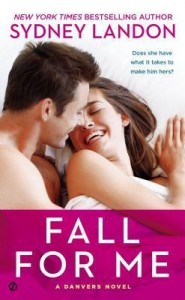 Beth has always lived in her outgoing sister’s shadow, plagued by her own insecurity about her body. It’s time for her to step out from the sidelines and experience what life has to offer—then she’s laid off from her teaching job, and has to rely on her sister to get her a job at Danvers International. Nick Merimon is gorgeous, wealthy, and a well-known playboy—just the sort of man Beth has always avoided. But even she can’t deny the sparks that are flying between them. He could be just the man to show her what she’s been missing all these years. And after they share one heart-stopping night together, she is surprised when it leads to a relationship. But as their connection grows, and the realities of their romance begin to show, Beth will have to overcome both her own insecurities and her doubts about Nick’s intentions if she’s ever going to find lasting happiness…

Beth finds out she’s pregnant after sleeping with Nick Merimon for months. She’s determined to raise the baby herself as she knows that Nick will be no help and will probably run when she tells him about the pregnancy. Beth sees Nick as a player even though he’s practically living with Beth. Nick is shocked about the pregnancy but is actually really excited. He wants to marry Beth and find a house together and she isn’t going for that at all. Nick needs to make her see and believe that he wants to be with her for the long haul and that takes a lot of work.

Beth was overweight when she was younger has eating issues because of her parents who were incredibly critical of her weight. She lost 100 pounds by skipping meals and eating very minimally. When she finds out she’s pregnant she doesn’t really think bout the weight gain until she finds out A) that she’s pregnant with twins and B) her pants don’t close any longer. She then takes it upon herself to make an effort to stay at the same weight – she lies about what and when she’s eaten, she hides food and skips meals constantly. When there’s a problem with the babies she soon gets a reality check but will it be enough to break her out of her self-induced food prison?

I think the overall story in this book was good. Having read a little bit about Beth and Nick in the previous book I was prepared for the pregnancy and was actually quite happy for the both of them. Nick, though he seemed like a player to Beth, was a really great guy and proved it time and time again. My issues with this book lie entirely with Beth. She was selfish, bitchy, sneaky, rude at times and I just didn’t like her. She was accusing Nick of being a player but she was the one who was on a dating site and going out on dates behind Nick’s back. I just wanted to smack her for most of the book. Now I understand that there are many women, and men for that matter, with eating disorders so that part of the story didn’t bother me so much, except when it pertained to her health and the health of her babies – then, again, I wanted to smack her.

I think if the story had been stronger that I may have given this one a higher rating because the story would have made up for Beth’s lack, but unfortunately while story was good, it wasn’t great. I do want to read what happens next in the series as I’m anxious to see what happens with Ella and Declan’s characters.

Guest Review: Not Planning On You by Syd