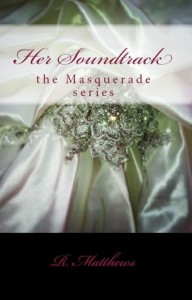 “Fairy tales don’t exist. There are no knights in shining armor and for all I know there is no such thing as real, honest-to-God, Earth-shattering romance. There is only comfort and ease when it comes to real love. I should consider myself lucky to have found someone who I’m comfortable with. There are no waves, there are no bumps in the road… so why do I feel like I want to crawl out of my skin?”

Life for Gabriella had always been straightforward, albeit a bit boring, but a passionate, almost magical, encounter with an enigmatic stranger catapults her into evolving into stronger version of herself. Her evolution does not come without consequence, though. Gabriella learns the hard way that turning on the lights can reveal just as much ugly as it can beauty. She discovers that the comfortable relationship she’d been idling in for too long is, in fact, far more dangerous than she ever imagined and finds herself desperate for the inexplicable comfort she finds in the arms of a stranger.

Gabriella was raised to be an innocent Catholic girl. She met David in school and they had dated for 4 years. It was a non-sexual relationship and Gabriella had decided that she would wait until marriage to have sex. Both of their families and even David just assumed that they would stay together forever but the longer Ella (as she’s known to her family) was with David, she doubted that was what she wanted.

When on a trip to Italy with her parents she attends a masquerade party and meets Jonathan. They are instantly attracted to each other and start making out but Ella soon comes back to herself and heads back to her hotel room.

Not long after Ella is at work in the cancer ward at a hospital in New York when Jonathan shows up. They start an affair that only last about 3 days that is intense and passionate. Ella starts doubting her feelings after just a few days and breaks it off with him. When she finds herself pregnant 2 months later she decides to not tell Jonathan at all and to raise the baby herself. But can she keep the news from Jonathan and can her ex, David, be the answer to single parenthood?

Her Soundtrack was the story of how one woman can make bad decision after bad decision and still end up with a happily ever after.

Let me start with Ella. Ella was not an unintelligent woman but boy did she play one very well. When it came to her work as a nurse she was strong and competent. When it came to her family life she was a mess. She wasn’t strong enough to stand up to her family and David and break up with him even though she didn’t really want to be with him. She was bored and certainly couldn’t see herself as a society wife but if she hadn’t met Jonathan would he have ever stopped the avalanche that was her life? IDK. But, she did meet Jonathan and apparently all of her morals went flying out the window. She didn’t even think twice about sleeping with him and it was definitely passionate. The sleeping with Jonathan before breaking up with David bothered me. Then the reason she dumped Jonathan was annoying more than anything. Then she actually got together again with David and wow was that the wrong thing to do! He was a monster! She was saved eventually by Jonathan again but it was just too much back and forth for me. Make up your mind woman!

Jonathan was a great guy. He was a little too “all in” with Ella for my liking but he treated her like a queen and only wanted the best for her. He was totally in love with her and it showed.

My issues with the book, besides Ella herself, were with the part of the book after Ella got back together with Jonathan. I could only take so much of Jonathan and Ella in love and making a life together before I wanted something to happen besides going to ball games, looking for houses,etc. There were a few other issues having to do with David and his mother that irked me as well but otherwise it was the last half of the book that I found too much of a love fest for my liking. I think if I would have liked Ella more I would have liked the book better but unfortunately that didn’t happen. The story was a roller coaster of emotions and I can’t say I loved it.