Happy Labor Day! (to those in the US)  I hope you have the day off and are enjoying it in a relaxing way. 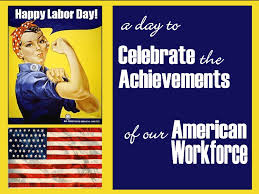 Giveaway Winner: Kris M. was the winner of the giveaway of Self’s Blossom by David Russell.  Congrats Kris!

This past week went by really fast. There were lots of things to do at work that I don’t normally do and that was keeping me on my toes.  Then there’s my oldest is still giving me fits.  I swear that child is making me age rapidly. sigh 🙂

On to what I read this past week:

I started off the week with Things Good Girls Don’t Do by Codi Gary.  This was a sweet story of two people coming together and finding love.  Sounds simple but when you have a whole town that thinks you’re “too good” for the guy when he’s a really nice guy it makes things difficult.  You can read my full review here. 4 out of 5

Next up was Ablaze by Morgana Black.  This is a very short story that has to do with a girl who is supposed to meet one guy and ends up stranded in a blizzard with another.  It read more like a very short first chapter of a book which made it ok but obviously an entire story doesn’t get told in a single chapter.  Hopefully the next part of this series have more to it and be longer than 26 pages.  2 out of 5 (read for Book Binge)

My next read was Heavy Metal Heart by Nico Rosso.  The story is about a “man” who is both elemental and demon who is a rock star.  He meets one of his fans who is human but is his Muse – his other half.  Trevor never believed that his (or anyone else’s) Muse actually existed.  Trevor and Misty spend one night having sex, running from the bad guys and falling in love.  I had a few niggles with the story but it was good.  3 out of 5

Your Wicked Heart by Meredith Duran was a great story about Amanda who was going to marry a man who is an viscount but he never showed up.  When she heads to his hotel she meets a man who says he’s the real viscount and that man thinks that Amanda is all part of the identity theft scheme.  He takes her with him when he sets sail to follow the imposter and the two end up falling in love.  Now Spence was a jerk at times but I really liked the story overall.  4 out of 5

Blue By You by Rachel Gibson is a standalone novella about a man and a woman meet after 22 years to find that their attraction hasn’t died.  I’ll post my review for this one later this week. 3.5 out of 5

Headfirst Falling by Melissa Guinn is the story of a couple who both have issues.  Jackson has come back from Iraq a changed man and has his demons, of course.  Then there’s Charlie who has been in love with Jackson for years and she’s not about to let him go now.  But Charlie has her own multitude of issues that have to be dealt with.  This was a good story but really quite dark emotionally.  I’ll post my review for this one later this month. 3.5 out of 5
On a side note I really like this cover but not as it pertains to this story. Jackson just got back from Iraq.  He’s supposedly buff and you know that he doesn’t have long hair after having been in the military.  sigh Bothersome.

Rachel’s Totem is a the first novella is the Cougar Falls series by Marie Harte.  The story is about a girl whose aunt dies and she is to take over her house, land, and totem guardian for the town.  Of course Rachel had no idea when she arrived in Cougar Falls what a totem was or that shifters existed.  It’s all a bit of a shock but she manages to get through with help from Burke who shows her the ropes – and a 4some with his brothers. 😉  Cute story. 3 out of 5

After that I re-read the next book in the Cougar Falls series, In Plain Sight, which is about Sarah who is thought to be the town whore but has gotten a bad rep and not done anything wrong. Cullen is an eagle shifter, like Sarah, who has been in love with Sarah for forever.  When he protects her from an attack and takes her home to recuperate they fall in love.  It was cute and I loved Cullen. I didn’t like it this time quite as much as I did the first and if fell half a rating point.  3 out of 5

Last for the week was The Untamed Mackenzie by Jennifer Ashley.  This is Lloyd Fellows’s story and I’m so glad we got one!  Lloyd is the illegitimate son on the former Duke of Kilmorgan.  His father never acknowledged him but after he died Lloyd’s brother, Hart, did.  He’s smitten with Louisa, the sister of Isabella who is married to his brother, Mac. When she’s thought to have murdered a bishop Lloyd will stop at nothing to clear her name.  It was a great story and I’m so happy that Ashley gave Lloyd his own.  Well done.  4.25 out of 5 (read for Book Binge)