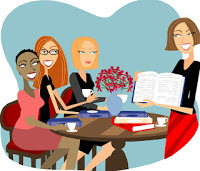 We took a break in June from the Book Club because we’re working on a redesign and didn’t have the time to dedicate to it. But we’ll be starting it back up in July.

Our theme for July is DFRAT (Digital-First Read-a-Thon), so we chose a book that was published in digital first. We’re going to read Sweet Dreams by Kristen Ashley. Lauren Grahame is looking to reinvent herself. After leaving her cheating husband, Lauren moves to Carnal, Colorado, and gets a job as a waitress in a biker bar called Bubba’s. It’s a nothing job in a nowhere joint . . . until Tatum Jackson walks in. Lauren has never seen a man with such good looks, muscles, and attitude. But when he insults her, Lauren doesn’t want anything to do with him. Too bad for Lauren he’s also the bar’s part owner and bartender.

When the rough-around-the-edges Tate meets the high-class Lauren, he thinks she won’t fit in at Bubba’s. Yet there’s more to Lauren than meets the eye, and Tate soon sets his mind on claiming her as his own. Before long, the desire burning between them is heating up the cold mountain air. But when violence strikes the town, Tate must reveal a dark secret to Lauren-one that may put an end to their sweet dreams.

This book was originally self-published in e-format and was recently picked up by Forever. It’s on sale for $3.79.

Buy it at Amazon, Barnes and Noble or Kobo.