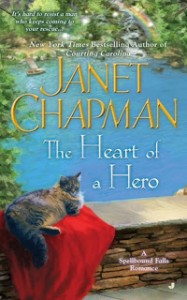 Originally from the ancient mythical island of Atlantis, Nicholas has spent the last year deep in the mountains of Maine, serving as Director of Security for the Nova Mare and Inglenook resorts. Fully embracing his life in the twenty-first century, he finds himself irresistibly drawn to a trouble-prone employee, and is determined to keep her safe.

The last thing Julia Campbell needs is a man with a hero complex, especially one as handsome and imposing as Nicholas. All she has to do is keep it together until her younger sister turns eighteen, and then she can focus on her own life. But strange things have been happening at the resort—and it’s Nicholas who keeps coming to her rescue. When Nicholas is suddenly the one in trouble, Julia realizes he’s not quite what he seems—and that she’ll do anything to help the man who’s stolen her heart…

Nicholas was raised on Atlantis by foster parents as he had washed up on the islands shores with no identification. He is now working as head of security at Nova Mare, the exclusive resort run by his friend Mac Oceanus and his wife Olivia. He is alerted to an issue by one of his employees and decides to take action.

Julia Campbell works as a housekeeper at Nova Mare. She has some transportation issues because she’s been riding her bike to work but now it’s winter and she can’t ride in the snow. Her brother Reggie is being a bear about having her drive his truck and Nicholas tries to intervene. She’s stubborn and starts walking her bike home but Nicholas is a gentleman and gives her a ride. This begins a series of interactions that has Nicholas deciding that Julia is the woman for him. Julia, however, is determined that she will never get married again after her first husband turned out to be a complete ass. She tries to keep her distance from Nicholas but she finds herself drawn to him again and again.

I’ve been waiting for Nicholas story as I liked him from the first time he was introduced in this series. He just seemed like the best of the best – a great warrior and a true gentleman. When he decides to pursue Julia he’s a bit confused by her stubbornness but he refuses to give up. When Julia decides to try and scare Nicholas away by acting like a sex crazed maniac she finds that rather than frighten him it makes him like her all the more.

Julia is a strong woman. She has a reputation as the town slut because of her ex-husbands rumor starting but she has only ever been with one man. Her father is considered the town drunk so she’s had to be strong both emotionally and physically in order to take care of her family. Nicholas sees her inner strength and admires her for it but he also gets frustrated at her on again off again attitude. I had to agree with the man because she’d have sex with the guy and then crawl out the bathroom window afterward! Not once, but twice! Who does that? I know she was afraid of what she was starting to feel for him but come on, act like an adult.

Despite Julia’s childishness post sex I really liked the woman. She seemed like she really had her head on straight and was incredibly intelligent. I liked how Chapman made Julia and Nicholas so compatible both intellectually as well as physically.

There was another part of the story that had to do with who exactly Nicholas IS and while I found that interesting I found it just an ok part of the book.

The overall story was very good and I thought it was a nice addition to the series.

Guest Review: From Kiss to Queen by Jane

Guest Review: The Highlander Next Door b