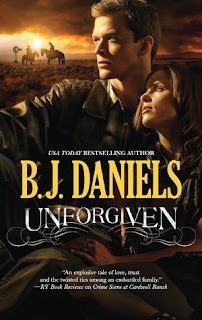 Under Montana’s big sky, two lovers will find their way back to one another…if an unsolved murder doesn’t pull them apart forever…. In Big Timber, Montana, land and family is everything. So when Destry Grant’s brother is accused of killing Rylan West’s sister, high school sweethearts Destry and Ryan leave their relationship behind in order to help their families recover from tragedy.

Years later, Destry is dedicated to her ranch and making plans for the future. Plans that just might include reuniting with the love of her life…until her brother returns to clear his name and the secrets of the past threaten her one chance at happiness.

Rylan is done denying his feelings for Destry. But when clues begin to link her brush with death to his sister’s murder, will discovering the truth finally grant them their chance at love or turn them against one another for good?

Years ago, when hubby and I and our four kids were living in Southwestern Idaho, I learned what it meant to live in Big Sky Country.  I have never experienced the stars and the clouds and the sense that the sky went on forever like I did then.  So when I read a book about Wyoming or Montana, I understand that sense the characters have that there is no other place on earth that can infiltrate into your viscera and hook you into its magic like the Northwestern states.

But don’t let the size or remote location of little towns and unincorporated communities lead you to believe that there isn’t a lot going on.  Where there are people there’s lots going on, even though some of it is well kept in hearts and memories.  So it is with this love story that is also a deep mystery.  It is about two lovers who are separated by the tragedy that has separated them, just when they had committed themselves to one another.  They were also separated by time–11 years of distance and unshared life experiences:  he to college and the professional rodeo circuit;  she to college and then back to once again manage her family’s ranch in Beartooth, Montana after her father’s airplane crashed and he was confined to a wheel chair.  Now Rylan has come home, but so has Destry’s brother, Carson–the man accused of Ginny West’s murder and the man everyone knows killed her.  The fact that there is no evidence to accuse him is beside the point.  So the mystery goes on and the separation between Rylan and Destry continues.

This is a tale that is all wound together like the ball of yarn that contains  many different strands.  No one can seem to unwind it, find the starting and ending of any particular strand.  It is just one great big knot.  Yet the people involved in this little community all know bits and pieces of one another’s stories but no one has been able to put anything of substance together.  All are acting on belief and supposition.  The beleaguered sheriff alone seems to be  winding his way through the assorted pieces of this and that.  Meanwhile, Destry’s brother continues under suspicion, gets into fights, drinks and gambles away vast sums of money he doesn’t have, and waits for the other shoe to drop.

There isn’t a whole lot of overt erotic loving in this story but it is filled with sexual tension.  Rylan and Destry are both miserable as they try to get past their family loyalties and make their way back to each other.  Destry’s dad and his bitter anger touch everyone in his family and many in the community.  Little by little Ginny West’s final hours and the realities of her last few weeks of life come out and others are drawn into her story in very surprising ways considering it has been 11 years since her murder.  This novel is really a microcosym of life in towns both large and small but the tiny size allows us to see more clearly the way people’s lives become so emeshed.  There are memories of great times, of happy days growing up and of lighthearted gatherings and remembered young love.  There are deep feelings of passion remembered whose fires have been banked for years and which are finally allowed to flame brightly once again.  There is betrayal and the debris of greed and ambition.  There is regret and awareness that life’s mistakes are often unable to be fixed.  Yet in the midst of this complicated tapestry of human difficulties lies the reality of a love that refuses to go away, of commitment that still binds two hears.

I have only read one or two other stories by this author but I have really enjoyed reading her stories, the way she sets up the scenes, context of characters and their pasts, and how she used an awesome creativity to resolve some of the issues in her stories.  But just as in life not everything has a happy ending, so it is with this author’s work.  Not everything works out–some situations are just left dangling.  Possibly that means there are other stories to come.  Possibly not.  Suffice it to say that this particular novel is a terrific piece of romance fiction writing with some scintillating suspense thrown in.  It’s a book that begs to be read and enjoyed and I am firm in my belief that those who like contemporary Western fiction will find this story a delight.

One response to “Guest Review: Unforgiven by B.J. Daniels”