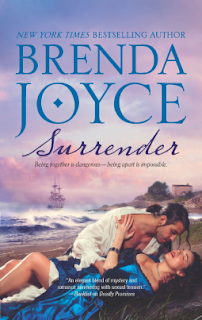 A DESPERATE WIDOW . . .Once a penniless orphan, Evelyn D’Orsay became a countess and a bride at the tender age of sixteen. But the flames of revolution forced her to flee France, with the aid of a notorious smuggler. Recently widowed and without any means, Evelyn knows she must retrieve the family fortune from France so she can raise her daughter in Cornwall—but only one man can help her… the smuggler she cannot forget.

A DANGEROUS SPY . . . Jack Greystone has been smuggling since he was a small boy—and he has been spying since the wars began. An outlaw with a bounty on his head, he is in hiding when he becomes aware of the Countess’s inquiries about him. He is reluctant to come to her aid yet again, for he has never been able to forget her and he wants to avoid her intrigues. But he soon realizes he’ll surrender anything to be with the woman he loves.
Being together is dangerous—being apart is impossible.

It is my personal point of view that almost any story that grows out of a time of war has to have multi-dimensions and characters that are both honest to a fault and those who inhabit the shadows of the spy world.  In this third story in a series, the author has also delved more deeply into the world of illegal smuggling that was so much a part of the 18th and 19th centuries and the ways it sustained the economy and lifestyle of those who lived in the coastal areas of Great Britain.  Added to the aspect of smuggling is the fact that the British government took advantage of those who were deeply involved in this illegal endeavor to recruit spies for England against Napoleon and the French Revolutionary government.  It was a Catch-22 for men like Jack Greystone, a man who had been raised in a gentleman’s family but who lived, breathed, ate, and slept for the adrenaline rush of danger, of using his wits and sailing skills to outwit those in the British government who were set on catching and punishing him a criminal with no regard to the use the Brits were making of his contacts in France.

With all this as a backdrop, a quiet but pursistent love relationship begins and slowly grows between Jack and the Countess Evelyn D’Orsay, a British woman who has married a French aristocrat, partly to get away from an abusive and unkind aunt and cousins, and partly because she had come to love this man who was 25 years older than she.  Now the French Revolution had robbed them of everything and the only thing they had left was their lives, and it is to Jack Greystone the Countess appeals.  It could accurately be said that this story begins slowly and grows in intensity over time with that sense of always being undercover, just as Jack’s life is hidden from the authorities.  Yet no matter how he tried to push Evelyn away there is a raw and unyielding determination in the core of this young woman, driven in part by her absolute need to spare her child from the humiliation she suffered as the “poor relation” of her aunt and uncle, and partly because she finally came face to face with the authentic nature of a deep and genuine love, no matter how often or strenuously Jack denied the nature of his feelings.  I often use the analogy of a roller coaster to describe the emotional content of a novel, but this particular story is more so that way than most.  Just when it appears that the situation between Evelyn and Jack is being resolved, mayhem again occurs and they are driven apart.

Suffice it to say, there is an unrelenting intensity in this novel that is, in part, due to the context of war and the nature of espionage.  It is just as gripping in history as it is in contemporary times.  That intensity of context adds an exponential intensity to the love story as well.  It is a riveting and compelling tale and one that is more than suited to this series and by no means takes a back seat to the first two stories.  If anything it is filled with even more nail-biting action and that sense that the characters are headed toward total destruction through circumstances beyond their control.  Brenda Joyce is a writer of proven skill and her stories seldom disappoint.  This is one that will educate and entertain.  It is one that is well worth the time to enjoy.  I don’t think you will want to miss this one, especially if you are a reader who is drawn to novels with that edgy spy content.