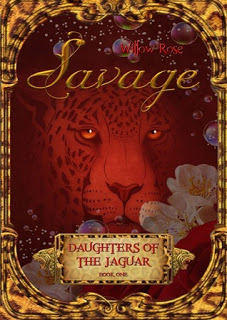 The year is 1983. Christian is 22 years old when he leaves his home in Denmark to spend a year in Florida with a very wealthy family and go to med-school. A joyful night out with friends is shattered by an encounter with a savage predator that changes his life forever. Soon he faces challenges he had never expected. A supernatural gift he has no idea how to embrace. A haunting family in the house next door. A spirit-filled girl who seems to carry all the answers. An ancient secret hidden in the swamps of Florida. One life never the same. One love that becomes an obsession. Two destinies that will be forever entangled.

Christian is incredibly smart and is excited about being in Florida for a year to attend medical school. He doesn’t really want to be a doctor but that’s what his father told him he would be and therefore that’s what he’s doing. Not that he heeds everything his father says but it was just easier not to argue.

On the first night that Christian is in St. Augustine he hangs out with a group of people, including the daughter of the family he’s staying with, and ends up being viciously attacked by alligators. He’s saved and dragged to shore by a jaguar. During his recovery he hears voices and sees visions and thinks he’s going crazy. He’s looking at life in a whole new way and appreciating it that much more because he experienced his death and then rebirth. He’s also obsessed with jaguars and everything about them. It starts to take over his life and because of his new psychic strangeness his host family is getting more worried about him by the day.

He sees the family that lives next door and is pulled toward it. He’s been warned that they are druggies and that the father was part of a drug cartel before he died and that he should stay away from them. What he finds is several generations of women who are more than they seem from the outside. They are part of a Indian nation that is supposedly extinct but is not and they have differing psychic powers as well. Christian falls in love with a daughter, Aiyana, as she’s so beautiful and helps him with his new psychic powers – but fate has a different outcome of their relationship than either of them expect.

This was a very different type of read for me and one I wasn’t really expecting to like all that much. While I thought it was good it wasn’t the great paranormal read I was expecting.

Issues I had with the book:

The story starts off with Christian telling us the story in first person POV and then skips around a bit in the first chapter (and a few other times during the book) to being told to us by Christian from the future like he’s thinking back on his life. It just got to be confusing and I kept having to go back and figure it out. After a while I got used to the small interjections from the “older” Christian but it was still odd.

Because the author is from Denmark originally herself I think she wrote how she speaks. Because of this there were few to no contractions in the book and at first it made it very hard to follow. I guess I expected that from Christian as he was speaking a different language than his mother tongue but with the kids from Florida I just couldn’t see them as too realistic as they didn’t talk like they were in their early twenties.

I think my biggest issue with the book was that the writing would go off on explanations of a subject that Christian was thinking about and it was more information that you ever wanted to know. It really pulled me out of the story and I didn’t like that at all. I guess it was supposed to show us that Christian was thinking in-depth about things but to me all it did was add page count. At the beginning of the book it was an overabundance of info about the 80’s. I think the author was trying to set the stage for the story but other than that first part nothing else in the book screamed 1983 to me – it could have been 2012. Another time was when Christian was soaking up all he could about jaguars as one had saved his life. I understand why he was doing it and getting tidbits of info about the jaguar would have been fine but we got pages and pages of info that frankly seemed a bit superfluous. There was another bit about the Timucua Indians but I won’t get into that – just know it was long and contained an inordinate amount of information.

While Christian had been a complete bastard when it came to women when he first came to America (for reasons having to do with the death of his mother) he quickly changed he ways after he met the neighbor Aiyana. He knew almost immediately that she was the one for him and he loved her family to pieces. I thought it was great to see the change in him. He did however revert back to his shallow self at another time but it was due to a broken heart. He ends up trying to console himself for losing Aiyana by sleeping with his host family’s daughter, Heather. She’s been hot for him from day one but he basically uses her for sex. Their first time together had me raising my eyebrows and rolling my eyes a bit and not liking Christian all that much after that.

Aiyana and her family were strange and wonderful. They loved life, they saw people for who they truly were and they had an abundance of love to give. I know it sounds almost fantasy-like but it was great to think that there was a family out there like that and I enjoyed every part that I read about their family. Aiyana was definitely in love with Christian but knew her duty to her people and had to fulfill her part in the future. I didn’t care for that but I admired her strength in seeing that through.

Now the story itself IS told by an older Christian and it doesn’t really tell us everything. The lives of Christian, Aiyana, her family and what happens to them all is pseudo-summarized near the end of the book so we’re definitely left hanging when the author gives us this:

More than ten years would pass before Aiyana’s prophecy would come true and our paths crossed again.

The book leaves things very open to the next book in the Daughters of the Jaguar series. While I was pretty disappointed that I didn’t get more from the romance between Aiyana and Christian I knew that there was more to this story – I just wanted it THEN and was annoyed & frustrated that the book was so long (about 440 pages) and yet I didn’t get the entire story. It’s not a fast read at all and I have to admit I did skim at times (mostly when Christian went off on his information finding quests) which was unfortunate. Although part of me wants to know what happens I don’t think I’ll have the patience to read the next two books. Sad but true.

Despite the many issues I had with the book I did like it to a point. The book is very character driven but does have a few action scenes that get the old heart pumping. If that’s the kind of book you like then you might like this one.