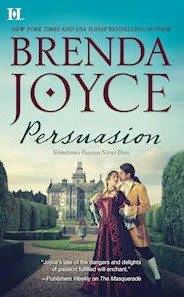 Betrayal Tore Them Apart Amelia Greystone was deeply in love when the earl of St. Just abruptly ended his courtship and left Cornwall ten years earlier. So she is stunned when Simon returns, recently widowed. Now she must forget the past they shared and his betrayal and console him as any neighbor would. Simon has changed-he is dark and haunted now-but he can still make her reel with a single look. When he offers her the position of housekeeper, Amelia knows she must refuse. But for the sake of his children,she throws all caution to the wind…. Passion Will Reunite Them A British spy, Simon Grenville is now playing both sidesin a time of war, his goal to keep his sons safe. Yet when he is brought face-to-face with the woman he once loved, he realizes nothing about his feelings for Amelia has changed-if anything, they are even stronger. Still, Simon knows he must stay away from Amelia; his life is too dangerous now. But sometimes passion is too strong to be denied.

This is the second in a series of novels entitled the “Spymasters” and set against the backdrop of the war in France just after the French Revolution.  Featuring the older of the Greystone sisters, this novel tells the story of a woman who gave her heart totally and without reserve to the younger brother of Earl of St.Just only to have it disregarded and thrown away by the occasion of the earl’s death and her suitor’s taking over the title.  Two years later he wed an aristocratic young lady of great beauty.  Now she has died in childbirth and the earl returns to Cornwall after ten years, and Amelia is struck once again with the knowledge that she has probably never stopped loving him.  He, on the other hand, appears to have changed greatly–inward and uncommunicative, treating her as a friend who he needs to help him with his three children.

This novel is really quite different in tone from the first one in this series in that there is the over arching awareness that these two people have now been walking different paths in life and there seems little likelihood that their future is together.  Yet Amelia is one of those women who gives her all, and while Simon has to own up to the fact that his marriage was loveless and that his feelings for Amelia are as strong as ever, he cannot offer her any hope for the future due to his involvement in the dark world of espionage.

I thought this was a very well-written story and found the historical content to be very close to the history of the time and beautifully woven in with the fictional tale.  Takes some real skill to do that!  However, I got a bit weary of Simon and his deep distress over the part he had to play in the spy game, and that may be just more about me than about the story.  I know that it was not an easy time and that people caught in the web of politicians who choose to use them without remorse or consideration for anything but their political objectives were without recourse in many instances.  There is no doubt that Simon’s situation as told here was almost impossible, but there was that sense that he refused to allow those who really cared about him to help him, to understand, to share the burdens.  Now maybe that is unrealistic on my part because I know that even in our own times, there are those involved in anti-terrorist under cover work who bear heavy burdens.  I really loved Amelia and her strength, her determination to do right by Simon’s children, but indeed–she was a person whose curiosity was almost out of control.  I guess the wonder of this novel is that these two found a way to even communicate, much less consider the remote possibility of having a future together.

So I enjoyed this book because I really like historical romance, and I really like stories set in this particular time period.  I found that Ms Joyce was very direct in dealing with the negatives of the underbelly of political intrigue and I appreciated that a lot.  So I think there was a lot here to pique my interest and I certainly didn’t get bored.  So I hope that historical romance fans will give this book a try.