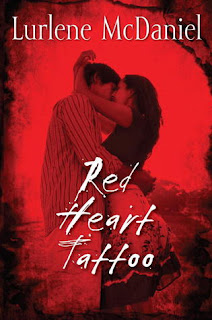 WARNING: This review will contain spoilers so if you haven’t read the book and don’t want to spoiled, don’t worry…I’m hiding my review so if you have read the book and want to read the reviews, highlight my post and you’ll be able to read it that way.
*
*
*
Main Character: Morgan
Love Interest: Roth
Series: None
Author: Facebook|Twitter|Goodreads

At 7:45 a.m. on the day before Thanksgiving break, a bomb goes off at Edison High. Nine people die instantly. Fifteen are critically injured. Twenty-two suffer less severe injuries. And one is blinded. Those who survive, struggle to cope with the loss and destruction. All must find new meaning for their lives as a result of something they may never understand.

Lurlene McDaniel’s signature expertise and finesse in dealing with issues of violence, death, and physical as well as emotional trauma in the lives of teens is immediate and heartrending.

When I first read the blurb for this book, I knew that I was going to read it. Whether I was in the mood for something as serious as a school bombing or not, I knew that I was going to read this book. When I finally picked this book up to read, I couldn’t put it down. I didn’t want to put it down because McDaniels did a great job of sucking me right into the story and while the book was gripping and most things good, there were a few things that I dimmed my enjoyment of this one.

Morgan is an over-achiever who has the total hots for her boyfriend, Trent. They’re a great couple. He’s good to her, she’s happy with him but she can’t help but feel goosebumpy all over when this other guy named Roth stares at her. The intense-ness (yeah, that’s probably not a word but you know what I mean) of his stares make her weak in the knee and her curiosity where he’s concerned confuses her because if she’s so happy with Trent, why is she thinking about Roth?

On the day before Thanksgiving break, a bomb goes off at their school and it kills nine people (students and teachers), injures a handful of people and rocks the entire community off its axis. Everyone wants to know who did it and why it happened…and the police suspect Roth. Roth has always had it bad for Morgan and with this year being their senior year, it’s his last chance to make it happen so he’s going to go for it, whether Trent approves or not…and then the bombing happens and Roth rushes in to save Morgan’s life.

The events of that horrific day forge a bond between Roth and Morgan. Morgan is thankful to Roth and Roth is just happy that Morgan is alive. It’s weird how things can change so quickly and so devastatingly. One minute, you’re having breakfast out in the quad at school with your friends, laughing before class starts and the next, you’re rushed to emergency, fighting for your life. This book made me realize just how much I take my everyday life for granted. Bad things happen in life everyday and good people get hurt and bad people walk away with nary a scratch but that’s life and that’s all brought up in this book. The dark side of life and the bonds that are forged from bad things.

As engaging as this story was (and it totally was), there were a few things that bothered me over the course of the book. One of those things was the way I felt Roth and Morgan didn’t wait very long to get together. I felt that in respect to Trent, they should have waited a bit before becoming a couple and I didn’t think that Morgan really grieved much over that loss. I wish she would have taken more time to deal with losing Trent before moving on to Roth. Don’t get me wrong, I really wanted Roth and Morgan to end up together but I didn’t want them to rush into it, so soon after Trent died.

The other thing that I was disappointed with was the development of Kelli and Mark’s storyline. It felt a little forced since both Kelli and Mark’s characters weren’t as fleshed out as Roth and Morgan’s characters were. It felt more of a filler storyline than an actual part of the story and then there was Liza’s character as well. I wish we could have gotten more from Liza in this story. She’s in love with Roth but Roth only cares about Morgan and she hates Morgan because of that. Her character felt one dimensional and while I thought she could have added more to the story (then just being a background character who was thrown in to make sense of things in the end), I’ll admit that she was an interesting character.

The way that this story ended left my romance novel loving heart at odds because the story spent a lot of time on Morgan and Roth and then the ending ends like…that? I would have been happier if Liza had moved on from her feelings for Roth, growing stronger as a person without Roth than a person who changed a lot but her change felt like she changed for him and not for herself…if that makes any sense.