This week I went on a “buying” spree with my Kindle and managed to download 5 or 6 free books that looked appealing to me. All of them were pretty good but these two really stuck out among the bunch. 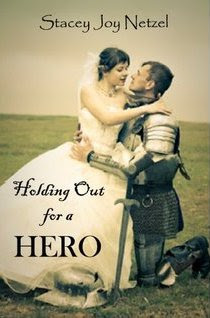 Kelsie Newman meets the man of her dreams at the beginning of a really, really bad day, so excuse her for not recognizing him. Good thing she’s a smart girl and a quick learner. When he rescues her from her Good Samaritan act gone bad later that same day, she doesn’t make the same mistake twice.

Kelsie is just having a terrible no good rotten day. She manages to muddle through which is great but along the way she realizes while eating her lunch and watch a man save a child from running into the street was that

Our society is so enamored with Superheroes, and great BIG gestures that are easily recognizable and indisputably heroic, that the little everyday, wonderful things people do for others often times go unnoticed.

Because of this Kelsie, despite her awful day, starts seeing life and people with a new light. She sees that there are heroes all around us and they may not be Lancelot or Robin Hood or any of the other fairy tale heroes of old but they end up being somebody’s hero.

She also realizes the man who helped her after his brother practically knocked her off her feet was a really nice guy and she should have been a whole hell of a lot nicer to him. Luckily fate is on her side and things start looking up when she runs into him again.

This was such a short little book but it really hit me in a good way. It wasn’t a romance at all but the possibility is there. What really struck me was some of the truths that the author puts in about the way we look at the world and I just really liked that about the story. It just made me smile. 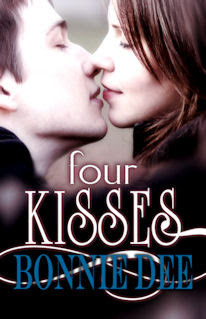 Unforgettable moments shape a romance that could last a lifetime.

Jen Adams’s first kiss didn’t happen the way she’d expected. On a steamy summer’s day, a shared moment with a boy who runs with a bad crowd leaves an indelible impression on a thirteen year old girl. But that’s only the first time Jen and Drake Malinson’s paths cross in an unforeseen way.

This story spans about 17 years in about 50 pages. The story follows Drake Malinson and Jen Adams from the age of 13 to the age of 25. The two meet when they are with friends at the lake and end up heading off to see swans together. Jen and Drake come from different worlds (Jen is a pretty straight-laced A student and Drake claims to sell drugs) and they both know that but they still manage to lock lips. Though the kiss is pretty unforgettable for a first kiss neither of them speak to each other after that.

The story then goes on to tell us how Jen and Drake run into each other again and again and how their lives change and move throughout the years. What I liked about the story besides the fact that it was very sweet is that the author created two people who were so very different from each other but could still find comfort, solace and yes, desire with each other.

Drake being a drug dealer, obviously, doesn’t exactly make him hero material. But there was just something about the guy that I liked. I always learned that we should begin as we mean to go on when it comes to our lives and so many other things, but we also have brains and free will and though we make mistakes in our lives we can always change them. For Drake that meant he ended up changing for the better and I loved that Jen could see the man that he could be from the very start.

The story also doesn’t end in an HEA but again, like the first book, it was the possibility and hope that was there that that I loved.