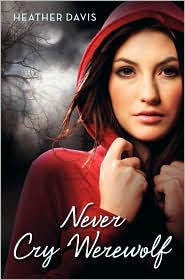 Moonlight can totally change your life. And it all starts so simply. You. Him. The moon. You’re toast. Okay, so maybe Shelby has made a few mistakes with boys lately (how was she supposed to know Wes had “borrowed” that Porsche?). But her stepmother totally overreacts when she catches Shelby in a post-curfew kiss with a hot senior: Suddenly Shelby’s summer plans are on the shelf, and she’s being packed off to brat camp. It’s good-bye, prom dress; hello, hiking boots. Things start looking up, though, when Shelby meets fellow camper (and son of a rock star) Austin Bridges III.

But soon she realizes there’s more to Austin than crush material-his family has a dark secret, and he wants Shelby’s help guarding it. Shelby knows that she really shouldn’t be getting tangled up with another bad boy . . . but who is she to turn her back on a guy in need, especially such a good-looking one? One thing’s for sure: That pesky full moon is about to get her into trouble all over again.

I’m in the midst of a giant purge of my books and so I’m cleaning off my shelves. I’m running into books that I’ve read ages ago and have totally forgotten about and doing quick little re-reads of each book and of all the books that I run into, I’m going to do a review for this blog.

I read this book ages ago, so long in fact that I couldn’t remember a hot dang thing from this book. This was one of those short reads, the kind that is over and done with in little time and for such a short story, I was expecting something and got something entirely different instead.

This story is about Shelby, who was sent to brat camp over the summer to get her crap together. Her Mom died and her Dad is with someone new and Shelby’s acting out in an effort to get his attention. At home, she’s left all alone with her thoughts and her grief and in a way, it’s not helping her get any better. While I was reading this book, I got so angry at Shelby’s father because he should have been around more. All Shelby wanted was to be a part of a family again but her father was too busy to see that and instead of dealing with her, he sends her off to brat camp to be with other like-minded teens.

This book is one of those fast reads that doesn’t take much time at all to sink into but when you’re finished reading the entire thing, you’re kind of hoping you had gotten something else. It’s not a bad book but it wasn’t my favorite read. There were too many little things that got on my nerves like there really isn’t any closure with Shelby’s family but I did enjoy getting to know Shelby more (even though my adult self cringed at how many times I wanted to smack some sense into her), there were some things that were brought up and then easily dismissed or that just went away that I wish were dealt with. I was hoping for more from the storylines that were introduced and when I didn’t get that, my enjoyment of the book dimmed so while it wasn’t the worst book ever, it wasn’t the best either.