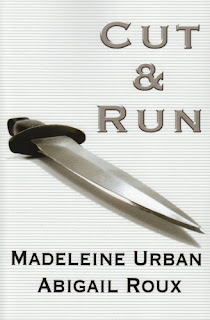 A series of murders in New York City has stymied the police and FBI alike, and they suspect the culprit is a single killer sending an indecipherable message. But when the two federal agents assigned to the investigation are taken out, the FBI takes a more personal interest in the case.

Special Agent Ty Grady is pulled out of undercover work after his case blows up in his face. He’s cocky, abrasive, and indisputably the best at what he does. But when he’s paired with Special Agent Zane Garrett, it’s hate at first sight. Garrett is the perfect image of an agent: serious, sober, and focused, which makes their partnership a classic cliché: total opposites, good cop-bad cop, the odd couple. They both know immediately that their partnership will pose more of an obstacle than the lack of evidence left by the murderer.

Practically before their special assignment starts, the murderer strikes again – this time at them. Now on the run, trying to track down a man who has focused on killing his pursuers, Grady and Garrett will have to figure out how to work together before they become two more notches in the murderer’s knife.

FBI agents Ty Grady – a brash and harsh man who doesn’t give a shit about anything but getting his many and Zane Garrett – a man who has made himself into the perfect agent in order to keep his life on the straight and narrow – are paired on a criminal case to try and find a serial killer. Ty is good with puzzles as is Zane and together the FBI hopes that they will find their killer.

Ty is not pleased to, say the least, to be partnered with a man who has a stick so far up his ass he can hardly turn his head but he soon learns that there’s much more to SA Garrett than he originally thought. Garrett can’t believe his crap luck in getting Ty for a partner but he also finds that there’s more behind the gruff exterior than her first believed. The problem with Garrett is that he’s incredibly interested in Ty in a way that he doesn’t want to be and that’s physically.

The men struggle to find out who is behind the killings – especially when they start to believe that it’s an actual fellow FBI agent that is the killer. They are trying to solve the case, running from the killer and starting a relationship that neither one of them knows how to handle.

I wasn’t quite sure what to expect when I opened this book but it soon had me turning pages faster and faster. I really loved Ty and Zane and their characters. I knew that there were more layers to them than we first saw and I couldn’t wait until they got peeled away and when those layers did get stripped it was well worth the wait.

The relationship in this book was fantastic. It really ran the gambit from hate to like to something stronger but the men truly weren’t sure what to do with it and how to handle it. The myriad of emotions that the authors showed us were truly mind-boggling and I was highly impressed with how it was all handled. The indecision, the awkwardness, the tenderness and of course the very hot sexin between Ty and Zane was exquisite and I soaked up every word.

The killer was another mystery and that plot was also well thought out. I wasn’t exactly sure until the end who the killer was even though I had my suspicions.

My one niggle with the story was the head hopping that was constant throughout the book.  It didn’t ruin my enjoyment too too much but it did get a bit annoying at times.

This book has definitely made me want to read more in this series and learn more about Ty and Zane and what’s in store for them in the future. If you’ve been thinking about reading this one but wasn’t sold, you should be – it’s well worth the read.

This book is available from Dreamspinner Press. You can buy it here or here in e-format.