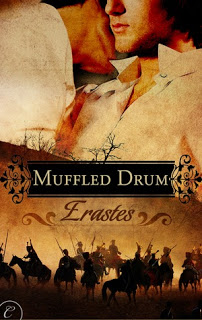 Bohemia, 1866
They met in a port-side tavern, their lust-filled moments stolen from days of marching and madness. After eighteen months, Captain Rudolph von Ratzlaff and First Lieutenant Mathias Hofmann have decided to run away from everything they hold dear. Resigning their commissions is social suicide, but there’s no other choice. Someone will eventually see Rudolph’s partiality toward Mathias.
Now their plans have gone horribly awry… When Mathias goes to Rudolph’s tent after their last battle, his lover looks at him without a hint of recognition. Mathias can hardly believe the man he knew is gone. He wants to fill in so many of Rudolph’s missing memories, but the doctor says a shock could result in permanent damage. The pain of seeing Rudolph on a daily basis, when Rudolph doesn’t remember their love, is excruciating. Now Mathias must decide whether he wants to fight for the man he loves or forget him completely…
Imagine you decided to make one of the biggest decision of your life knowing that you had someone you love beside you (in your heart) and they too would be making the biggest decision of their life. You’d be nervous, sure, but you’d also be excited to start the next chapter to see what would happen. That’s what happened with Mathias Hoffman. He and his lover, Rudolph, decide to resign their commissions from the army (during a campaign, no less, so they will be completely ostracized) so that they can go live somewhere in obscurity and just be together. Mathias heads to the head officer after a battle and resigns. He then heads to Rudolph’s tent wondering if he too has already resigned. But when he reaches Rudolph’s tent there’s a celebration going on. When Mathias approaches Rudolph he discovers that not only did Rudolph not resign, Rudolph has no freakin clue who Mathias is. You see during the battle Rudolph jumped a cart on his horse – the horses hoof caught the side of the cart and Rudolph got a bump on the head. He remembers being in the army but not anything of his life from the last two years. The years where Mathias and Rudolph met and fell in love.
Mathias discovers that Rudolph is being sent home to Berlin and decides that he’s not giving up on Rudolph – he will travel with him in the hopes that his love will get his memory back. But as they travel Mathias gets more concerned that Rudolph will never recover. Mathias keeps to himself the fact that they were lovers when he shares the details of their friendship. As the two men travel toward Berlin they get closer and at one point share a kiss. But Rudolph pushes Mathias away because he can’t cheat on his boyfriend Ernst. What??? Now Mathias has to deal with his feelings toward Rudolph, his decisions about what he will do once they reach Berlin and promises he made. Needless to say this was nothing like he thought his time out of the army would go.
I have to tell you that my heart was in my throat for most of this book. The feeling and the emotion that was oozing off the pages was heart wrenching and my chest literally ached for Mathias – and at some points, Rudolph. When Mathias goes to that tent and finds out that Rudolph doesn’t know him it almost made me cry. Here this man has changed his entire life for something that no longer exists and my heart went out to him. But I so admired Mathias for sticking with Rudolph – yes, a lot of it was self-serving with Mathias hoping that he would be remembered but the love I felt from him toward Rudolph was something that couldn’t be denied.
I had a harder time getting to like Rudolph after his association with Ernst was discovered. Now, that wasn’t what we all thought it was in the end but it still made me stop and pause, wondering who exactly Rudolph was.
This is my first read by Erastes but it certainly won’t be my last. I loved her writing styles, her characterizations and the pure emotion (whether love or hate) that was put into the book. Muffled Drum is a very good historical that I will remember for quite a while.
Rating: 4 out of 5

Guest Review: How to Love a Duke in Ten
5 Comments
Tagged: Erastes, Review