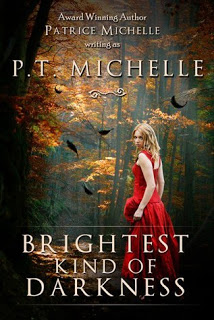 Nara Collins is an average sixteen-year-old, with one exception: every night she dreams the events of the following day. Due to an incident in her past, Nara avoids using her special gift to change fate…until she dreams a future she can’t ignore.

After Nara prevents a bombing at Blue Ridge High, her ability to see the future starts to fade, while people at school are suddenly being injured at an unusually high rate.

Grappling with her diminishing powers and the need to prevent another disaster, Nara meets Ethan Harris, a mysterious loner who seems to understand her better than anyone. Ethan and Nara forge an irresistible connection, but as their relationship heats up, so do her questions about his dark past.

Nara wants surprises in her life. She wants the unknown – or so she thinks. When Nara – who dreams of her immediate future every night – loses the ability to see what is to happen the next day of her life she decides that maybe seeing the future isn’t as bad as she thought. She now doesn’t know the answers of the tests she’s about to take – she doesn’t know where the ball will be kicked when she plays goalie in soccer – she just doesn’t know and it throws her for a gigantic loop.

The new guy at school, Ethan, is a nice distraction though. Nara makes an effort to befriend the boy but when he reveals that he now has Nara’s dreams she’s a bit freaked out. How did he get them and how will she get them back? Ethan and Nara, however, discover that the dream issue is the least of their worries. You see, when Nara called in the bomb threat to the police she changed fate. Ethan and Nara discover that the people that would have been harmed in the bombing are now getting hurt in different ways. Against Ethan’s wishes Nara is trying to help those and change fate yet again but there’s someone or something out there that doesn’t like it and is trying to stop Nara from making a difference.

PT Michelle has written a wonderful book that I definitely recommend reading.

The whole situation with Ethan and Nara was so intriguing and I wanted more by the end of the book – warning: there is a cliff-hanger so we don’t have everything concluded at the end of the book. The dreaming aspect of the story, as well as the “powers” that Ethan had (which you’ll just have to read about for yourself) really drew me into the story and didn’t let go.

I loved that this book had romance in it as well. It was very tame in the actual sex department, as I think YA’s should be (call me a prude, go ahead. Lol) but the connection that was formed between Nara and Ethan was so strong I felt it deep down as I was reading. Michelle really knows how to put emotion into her characters (as she’s proven in past adult books when writing as Patrice Michelle) and I just love that she didn’t skimp on that in this book even though it’s YA.

Even with the romance in the book I feel I have to tell you that this is definitely a darker book. I can’t read books that are too dark but this one really walks the edge of light and dark. I think that’s one of the reasons that I liked it so well – it would take me into the darkness but not so much that it squicked me out. There’s blood, there’s mystery and thar be monsters but in the end…goodness reigns. Just good stuff.

This is the first book in the Brightest Kind of Darkness series and I can tell you that I will definitely be reading future books.

7 responses to “Review: Brightest Kind of Darkness by P.T. Michelle”