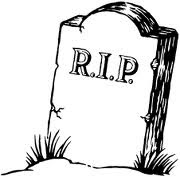 Yesterday, Ames and I were emailing back and forth talking about everything under the sun when she was telling me about the book she’s reading. She’s reading The Sky is Everywhere by Jandy Nelson and while I’ve seen the cover around blogland, I couldn’t remember exactly what it was about.

17-year-old Lennie Walker, bookworm and band geek, plays second clarinet and spends most of her time tucked safely in the shadow of her outgoing sister, Bailey. Their mother left when Lennie was one, and their sisterhood — and the support of their wacky and loving Gran and perfectly Northern Californian hippie uncle — has pulled them through. So when Bailey suddenly dies, Lennie crumples. At first, it seems the only person who truly understands the depth of her loss is Bailey’s ex-boyfriend, Toby. Their mutual grief turns into something that seems confusingly like romance. Then there’s the nearly magical allure of Joe Fontaine, new boy in town and thrillingly talented musician, who is falling for Lennie as fast as she’s falling for him. One boy is like the sun, the other the moon; one takes her out of her sorrow, the other comforts her in it. But Joe’s been hurt before, and when he walks in on Lennie and Toby, Lennie is forced to take responsibility for her actions. What she discovers is not just love, but the strength to admit to her dreams of Julliard, confront her anger towards her mother, and ultimately, claim her rightful position as first clarinet — not just in the band, but in the crazy cacophony of her life.

When I asked Ames to tell me what the story was about, this is the short version of what she had to say:

A girl’s sister dies-she hooks up with her boyfriend and another guy. Its way more than that, its really good.

My reaction to that was…what’s up with all of the dead people? In YA, it seems that someone is almost always dead in a book. Whether they die in the beginning of the book, somewhere in the middle or end of the book or they died before the book started and we’re seeing the main characters cope with their loss.

Seriously, in the last five YA books that I read and reviewed for this blog…there was a lot of dead people. Let’s take a count, shall we?

1. In The Cupcake Queen by Heather Hepler, Marcus’ mother died and we see Macus and his father coping with their loss.
2. In Caleb + Kate by Cindy Martinusen-Coloma, Caleb’s mother died and though it’s not a big part of the storyline, death still rears its ugly head in the story.
3. In Twenty Boy Summer by Sarah Ockler, the main character Anna is dealing with the death of her almost boyfriend and boy best friend Matt’s death.
4. In Mockingjay by Suzanne Collins– There’s all kinds of death in that book so I won’t even go there.
5. It All Started with a Dare by Lindsay Faith Rech– Nobody died in this one that I remember.

So out of 5 books, 4 of them had a death of some kind in them. What’s with all of the death going on in YA these days? I think it’s interesting and I guess I can’t complain because I enjoyed all of the books that I read with death in them (for the most part) but still, a girl’s got to wonder where all the death is coming from.

Because This Made Me Laugh.

How Do You Decide What To Read Next?

13 responses to “What’s Up with all the Dead People?”