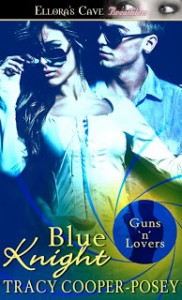 Held hostage by the Insurrectos for weeks and forgotten by the world, Olivia has watched Daniel bed everyone women but her, who he can’t see. Daniel lives dangerously and is forced to use her window one night to avoid the guards. Naked and faced with a long-legged woman who doesn’t want him, his curiosity is piqued.

Under the hostile, suspicious gazes of the guards, they begin a game of heated seduction where the stakes are so high no one, not even their fellow hostages, must suspect there is a connection between them. As Daniel teaches her how to defy the guards the tension between them, both sexual and personal, spirals until it threatens to shatter.

Olivia learns that Daniel is not quite who she thought he was. Now she is fighting for Daniel’s life too, for if the Insurrectos find out who he really is, then the man she has come to love will be instantly executed…

Stuck in a fancy hotel in war torn Vistaria, Olivia’s quite surprised when a naked man crawls into her window one night. It’s fellow diplomat, Daniel, who was sneaking out of her neighbor’s room. After an tension filled night with harsh words spoken between the two of them, life gets back to normal. Well, as normal as it can be for hostages. Daniel and Olivia begin a sexual relationship but it becomes much more in a very short time but it’s something they have to hide from their captors.

Olivia soon learns that Daniel isn’t who she thought. He played a British diplomat well but he’s really a loyalist Vistarian who is trying to save his country, and now Olivia, from being taken from him and his countrymen.

This is book 3 in the Guns ‘n’ Lovers series and it’s a good one. I have to admit that I didn’t LOVE the first book, Red Leopard, but it set a nice stage for the series. The second book, Black Heart, was very good and continued the struggle to get Vistaria back into its rightful hands but had a great romance as well. This book again continued the effort to regain the country but also had a lovely romance as well – if not a typical one.

The story lets us see further into Calli and Nick’s relationship (from book 1) and Nick’s attempts to receive help from US and Mexico as well as try to form some sort of cabinet to work with. But the main part of the book was the struggle inside the hotel that Olivia, Daniel and their fellow captives endured by the psychotic captors.

This is, at times, not an easy book to read. The author pulls no punches and makes it quite realistic, with torture and a rape scene (not with the h/h). While I found them hard to read I didn’t feel that they were put in there for sensationalism. These were things that real hostages would have endured and I while I had a hard time reading those scenes, I liked the book that much more because of them.

In the end I really liked the book. I liked the political aspects, the spy/mystery portion of it and of course the romance. I loved seeing two people fall in love in a less than stellar situation that may not have met in every day life.

This book was received by the author for review. It releases from Ellora’s Cave on 10/1/10