I don’t know about the rest of you, but when we first headed into quarantine I was so excited to finally read all the books! Unfortunately, it hasn’t worked out very well. I’m struggling to focus on reading during this quarantine. I have been re-reading some old favorites, but I can’t seem to get into anything new. Even continuations of series I enjoy aren’t working for me. So, instead of reading I put together these fun book related questions. Join me? 1. What books are on your bedside table at the moment?

The Scoundrel in Her Bed by Lorraine Heath, Deal with the Devil by Kit Rocha and Dragon Unleashed by Grace Draven.

2. What type (contemporary, historical, biography, etc) of books do you like reading most at the moment?

I’ve been reading more Fantasy and Urban Fantasy than anything else lately, but I think I’m craving a good historical right now.

3. What’s the best book you’ve read so far this year?

I really enjoyed Chasing Cassandra by Lisa Kleypas and Smoke Bitten by Patricia Briggs, but I think my favorite so far has been Beauty and the Clockwork Beast by Nancy Campbell Allen.

4. Which book have you re-read the most in the past year (12-month period)?

Repeat by Kylie Scott or Fairytale Come Alive by Kristen Ashley. I don’t track every re-read, so I’m not sure which.

5. Name one book/author that everyone loves but you really can’t stand? 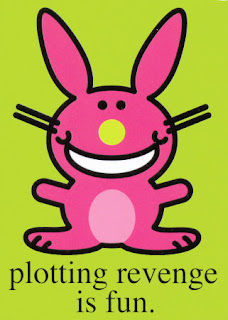 What are you some books that you have no desire to read?

Have you noticed how active chins are?

“She thrust her chin out”

“Her chin came up”

“She lifted her chin”

This is something that’s bothering me more and more lately. I like to call it The Chin Affliction. It bothers me because I feel like the moving chin is often an easy way for authors to show emotion. Her chin coming up symbolizes something, which takes some pressure off the author. Plus, I don’t think I’ve ever raised my chin in my life – not when I was angry or scared or being stubborn. It strikes me as a somewhat childish gesture, and frankly it annoys me.

Have you ever even noticed The Chin Affliction? Does it bother you? Is there something else that keeps cropping up that annoys you?