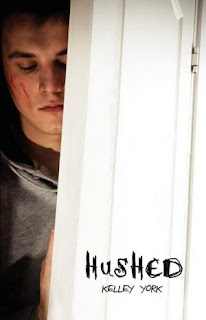 Eighteen-year-old Archer couldn’t protect his best friend, Vivian, from what happened when they were kids, so he’s never stopped trying to protect her from everything else. It doesn’t matter that Vivian only uses him when hopping from one toxic relationship to another—Archer is always there, waiting to be noticed.

Then along comes Evan, the only person who’s ever cared about Archer without a single string attached. The harder he falls for Evan, the more Archer sees Vivian for the manipulative hot-mess she really is.

But Viv has her hooks in deep, and when she finds out about the murders Archer’s committed and his relationship with Evan, she threatens to turn him in if she doesn’t get what she wants… And what she wants is Evan’s death, and for Archer to forfeit his last chance at redemption.

I knew going into this book that it was going to be a pretty dark and deep read but I wasn’t quite prepared for how dark and deep, it really was. Archer and Vivian are best friends. Vivian grew up with some pretty crappy stuff happening to her and when Vivian needed Archer the most, he wasn’t there for her but he’s spent every single day after that horrible event, protecting her. He’s been saving her when she needs saving, protecting her when she needs to be protected and always just…there. He’s in love with her but they’ve only ever been friends and it’s not until he meets Evan and starts learning for himself that he’s worthy of so much more than the broken friendship he has with Vivian that he starts to realize how much Viv has used him over the course of their friendship.

It’s while he’s with Evan that he learns that there is more to life than protecting Vivian. More to life than always hanging around Viv to make sure nothing bad happens to her. He can’t protect her from everything, especially when she won’t let him in but that doesn’t stop him from trying.

When I put this book down after reading the last word, I was pretty taken aback at how disturbing this story was. The lengths to which Archer went to protect Vivian had my eyes popping out of my face and rolling around on the floor. Archer took loyal to a whole other level, a level that scared the crap out of me. He was such a disturbing character, one that stayed in my thoughts long after I finished the book.

The relationship between Archer and Vivian was one of the most unhealthiest relationships I’ve ever read about. The drama throughout this entire book was raw and gritty, violent in its telling and yet I couldn’t stop reading it. The pages flew right by as I turned them on my nook, anxious for what was to come next. The telling of this story is really dark but was so real that I could totally see everything happening as their described in the book.

Getting to know Archer, Vivian and even Evan was one emotional roller coaster after another. The characters were twisted and the story was emotional and gripping. I couldn’t put it down, it was one of those books that I had to keep reading to find out what happened next. I had to know what happened next and my eyes couldn’t read the words fast enough.

It’s been a while since I’ve read something this dark but the emotions and the raw telling of the story between these characters kept me coming back for more. There was so much going on and yet, it was easy to keep up. I have never heard of this author before but I know that I will definitely be reading more by her in the future.

I can’t really pinpoint what it was about Archer that I liked. Realistically, I shouldn’t have liked him at all because he was a murderer. On top of that, he was mean. He had a very abrasive personality, one that was very dark and just, well, mean but for some reason, I liked him. I won’t say that I connected with him (it’s hard for me to say that I connected with a murderer) but the author did a fabulous job of making me understand him, sympathize with him. The complex relationship he had with Vivian and the things he did for her made the story come alive. He did things that normal people would never think to do but he had reasons for doing everything he did.

Overall, this story was gripping and it was raw but it was refreshingly honest and captivating. Like I said earlier in this review, I couldn’t put this book down and I’m mighty curious about reading more from this author so kudos to Kelley York on writing a novel that captured my interest and held it until long after I finished the story.