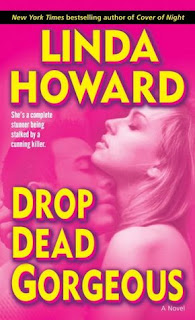 Blair Mallory has already survived one murder attempt. Now, while planning her wedding and dealing with holiday-season madness, Blair once again dodges a bullet. Or more precisely, a Buick. And though the driver’s identity remains a mystery, his or her murderous intentions are all too clear.

Or are they? After all, Blair’s homicidal ex-husband and his partner in crime/wife are safely behind bars. And even Wyatt Bloodsworth, her police detective groom-to-be, isn’t inclined to believe she’s being targeted again. All of which makes Blair wonder if her close call was simply a mishap. But the wondering stops when she narrowly cheats death again in another seemingly innocent accident. Two strikes is all it takes to convince Blair that she’s back in someone’s crosshairs. And the only thing more frightening is that Wyatt still doubts her. That means this time, no one will be watching Blair’s back when she sets out to get the drop on her would-be killer–before whoever it is finally drops her.

In the sequel to To Die For, Linda Howard once again takes us back inside the mind of Blond-Bombshell, former Cheerleader Blair Mallory.

When I first heard that To Die For was going to be written in the First Person, I was a bit nervous. I’ve always loved LH, but I wasn’t sure she could pull it off. She did. I loved TDF. But when I heard DDG was the sequel to TDF, and was once again written from Blair’s POV, I got nervous all over again. I wasn’t disappointed, however. While I didn’t enjoy this as much as TDF, it was still an entertaining read.

Since the plot is outlined above, I’m not going to go over it again. Blair’s happy with Wyatt, she’s planning her wedding and doing all that she can to bug Wyatt. Basically, same as the first book. And once again, someone is trying to kill her. Nothing new there, either.

Unlike a lot of others, I didn’t find Blair annoying. I loved reading about her antics with Wyatt, her interactions with her family, and just her overall sarcastic, narcissistic, bubbly attitude. Watching her and Wyatt go rounds for the top position in their relationship was hilarious. Blair’s antics often had me laughing out loud.

The murder plot wasn’t too hard to figure out. I knew who the bad guy was within a few chapters. But that didn’t take away from the story at all. Reading along as Blair tries to figure it out was fun and interesting.

It was nice to revisit some characters and I enjoyed seeing Wyatt and Blair again. I also felt that their relationship was progressing along nicely, and it seemed very real. They had fights, just like all couples, and they both played dirty, which I enjoyed.

Overall the book was a very good read. On the light side, but I enjoyed it. I’d highly recommend both To Die For and this one. Blair Mallory lives the good life. She’s pretty, confident, and the owner of a thriving up-scale fitness center. But in the shadow of success, a troubled member of the club develops a strange fixation on Blair, imitating her style and dress. Matters take a darker turn when the look-alike is shot dead–and Blair witnesses the horror.

As the media speculates on the tawdry details of the homicide and pushes Blair into the harsh spotlight, she locks horns with police lieutenant Wyatt Bloodsworth. He wants to lead an investigation without interference, while Blair is determined to probe the dead woman’s life on her own. But when someone begins to menace Blair with mounting threats, Wyatt takes notice: Was this murder indeed a lethal case of mistaken identity–and was Blair the intended victim?
From the Paperback edition.

Blair cracked me the hell up with her snooty attitude, her inability to say NO to Wyatt and even her karate chop cartwheel at the end of the book was pretty tight (totally unbelievable, but tight nonetheless). She was a funny, sarcastic and just all around normal person. She was far from perfect and I think that’s why I loved her character so much, because I could see her as one of my friends.

So the thing with Blair is, she got married young, married a guy who cheated on her with…HER SISTER! And she divorces his ass, she makes out like a bandit in the settlement and with the money she got from her lying, rat bastard ex husband, she opens up a 24 Hour Fitness type gym in her town. Things are looking up for her, when she gets this really annoying customer that everyone absolutely loathes.

The day she kicks her out of the gym is the day that she’s murdered in the parking lot, with Blair as a witness, she didn’t see who shot poor Nicole, but she was the one that called 911 and all that junk. The cops come over and things start to heat up.

Blair can’t stand his ass because she dated him and he never called her back, just up and disappeared with not a word or anything, any girl would be annoyed with someone who didn’t give you a reason they stopped seeing you.

It’s a freaking riot to see these two bump heads throughout the book, Wyatt trying to keep Blair safe from the killer and from his lascivious attentions and Blair and her annoying lists she makes up for Wyatt’s boss, the lists that are never completed and never turned over.

The chemistry between Blair and Wyatt is unmistakable and was enough to have me up until all hours of the night last night, rereading. It really is a great treat for all of us, ya’ll should definitely check it out!