A long time ago, I burned out on paranormals. I couldn’t bring myself to read any more of them and went on a long hiatus from them. This past year, I’ve slowly been working my way back into them. I’m still pretty burned out on vampires, but I’ve been digging shifters and fantasy-type novels. Aside from shifters, I also love novels featuring psychics or psychic powers.

A few of my favorites from this part year:

I’m looking for recommendations similar to the books I’ve listed above. I only review some of the books I read, but I record them all at Goodreads. You can check out my profile to see what I’ve read already.

I have Jennifer Ashley’s Shifter’s Unbound series in my TBR pile. I plan to pick those up shortly. I tried reading Eileen Wilks’ World of the Lupi series, but I stalled out on the second book. The world was way too busy for me. Same with Christine Warren’s The Others series.

What are some of your favorite paranormal books? Help! 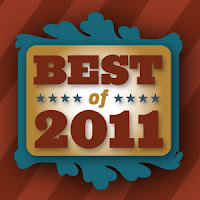 Holly: I often complain about the number of series books currently on the market, but I’m a total hypocrite. I always want to read more about the characters I love. I just can’t be pleased, apparently.

An honorable mention goes to Sarah MacLean’s The Rules of Scoundrels series, a spinoff of her Love by Numbers series. I didn’t include it in my top 5 for two reasons 1) it doesn’t come out until 2012 and 2) I’ve only read one book. I have a feeling it’s going to make the 2012 list, though.

Rowena: I didn’t read too many romance series last year but I did enjoy a few. Here’s my favorite series from last year.

1. Lucky Harbor series by Jill Shalvis. Fabulous contemporary series. Love the small town of Lucky Harbor.
2. The Turners series by Courtney Milan. Adore the Turner brothers and am salivating at the mouth to start Smite’s story.
3. Sunshine, Idaho series by Jill Shalvis. Loved Dell’s addition to this series and cannot freaking wait for Adam’s story.
4. The Dressmakers series by Loretta Chase. Wonderful start to a series that I have such high hopes for, I’m confident that Chase will not disappoint.
5. Love by Numbers series by Sarah MacLean.

All of these series brought a lot of entertainment and enjoyment into my life last year for a variety of reasons but I absolutely adored each of these series and out of all of the series that I started or continued, these five are at the top of my favorites list.

Casee: I don’t think many new books are written that aren’t series books these days. While I love a good series, I don’t enjoy a series that drags on and on. A series like the BDB that infinitely changes, doesn’t stick to any sort of schedule and just frustrates the reader in general.

What were your favorite series of 2011?