She was the one who got away...Ten years ago, Brent Nichols let the love of his life slip through his fingers. It's his greatest regret, especially since she's all but disappeared. But when the gorgeous and captivating woman walks into his life unexpectedly, he's determined to win her back. Whatever it takes, he won't make the same mistake twice.

Easier said than done...Shannon Paige has hardened her heart to the man she was once engaged to be married to. After the way he left, and after the hell she's been through with her checkered family, there's no way she's letting him into her life again. The problem is, the second she sees him, he's more handsome and charming than before. And she's torn between wanting to fight with him and wanting to sleep with him -- maybe both.

Soon they fall into each other's arms, consumed with a desire that burns through the years. But if these two fiery lovers are going to have a real second chance at this kind of intense, passionate, bone-deep love, he'll have to give her his whole heart, and she'll have to give up all the secrets from her messy past. And that messy past is about to spill over into her carefully constructed present...

This was a nice quick audiobook. I continue to really enjoy listening to Lauren Blakely on audio. Her narrators are always very good. They really have a knack for pulling me into the story. I thought it may be different with this book because it’s a male narrator telling the story from both the male and female points of view, but it worked.

Brent Nichols and Shannon Paige were high school sweethearts. They were engaged to engaged to be married, had their life mapped out, etc. Everything was going swimmingly until Brent went ahead and changed their path without consulting Shannon. That was a deal breaker for her, especially when he wouldn’t budge on his position. She gave him his engagement ring back and disappeared from his life.

Ten years later and their paths have crossed once more. Shannon was prepared, Brent was not. This time Brent is not letting Shannon get away. He will do whatever it takes to keep her in his life. This time forever. He doesn’t know that Shannon has yet to tell him what happened after their split.

Shannon doesn’t trust easily. She doesn’t trust Brent even though she wants too. She can see that he’s changed, but thinks it’s too good to be true. Her reluctance to trust may be her downfall. She just has to figure out if it’s worth it to put her trust in Brent a second time.

This was a sweet story of lovers reuniting. I enjoyed it and am looking forward to reading/listening to Shannon’s brothers. 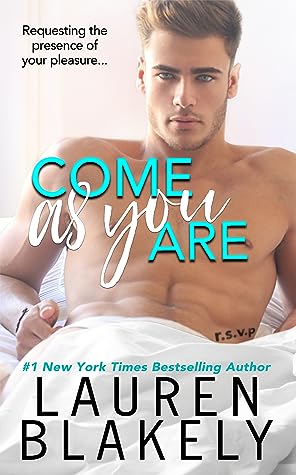 One response to “Review: Sweet Sinful Nights by Lauren Blakely”