I (Casee) am a diehard fan of this series. There is not much that could make me stop reading this series. I’m in it until the bitter, bitter end. I’m really excited to see where Feehan takes this series as it is apparent that she has started a new story arc. Her books can get monotonous so it is past time to shake things up. I believe that is what she is trying to do here. She frowned. His heart clenched hard in his chest. He had never thought in terms of cute or adorable. They were silly words humans came up with to describe children. Lorraine was not a child by any means. Nothing about her suggested a child, yet that frown, to him, was adorable. There was no other word for it.

He was fascinated by every expression that crossed her face. Every thought she had in her head. He wanted to know every single thing about her life before he was with her. More than anything, he wanted to comfort her and take away the pain he felt radiating from her every second she breathed. He was ashamed that he had considered ending his life, even for a moment. Had he done so, had he allowed the humans to succeed in killing him, she would have suffered alone.
“Andor, you don’t give up on life over a broken love affair.”

He could tell she wanted to say a lot more but had carefully chosen her words not to offend him. He couldn’t stop himself from reaching out and catching the thick strands of chestnut-colored hair between his fingers. It felt as silky as it looked. As soft. “So beautiful.” He murmured the words aloud. He thought them in his head. Tucked them somewhere close. Her hair was beautiful, but so was her soul. That half that she unknowingly held for him, it was beautiful as well. So much light in so small a package.

“Andor? This is important.”

So was feeling the silk of her hair and admiring the color. He hadn’t done such things in centuries. They were simple to her, but to him such things were miracles. “I’m listening, but you got it wrong, mica, I was looking for my woman. I hadn’t found her, and I was giving up. You’re absolutely right, though, I should never have even thought of giving up.” He was passing that advice on to his brethren. They needed to know their women would come to them in their darkest hour, or at the most unexpected time.

Relief softened the glint of temper in her eyes. He liked that fire in her. She would need it, dealing with their life together. She might want to stamp it out, but he knew sometimes the flare of heat, directed in the right way, could win battles.

“Tell me about your life, Andor.”

He had known that question had been coming and didn’t want to lie to her. He didn’t want to scare her off, either. “My people are few and scattered. Most live in the Carpathian Mountains, but a few live here in the United States. I was scouting for any threats when I ran across the ones I . . .” He searched for a benign word, but couldn’t find one. He sighed. “Hunted. I was hunting for the enemy. I didn’t expect so many and that is how I was wounded so severely.”

She was silent for so long he wasn’t certain she was going to speak. Her eyes stayed glued to his. She didn’t look away, nor did she look as if she didn’t believe him. “You don’t believe in the police.” There was no sarcasm in her eventual comment, merely a statement of fact.

He couldn’t stop himself from playing with her hair, running it through his fingers and bringing it occasionally to his face so he could inhale her scent. She was out in the wilderness camping and she still smelled feminine and good enough to devour. He tried to figure out the scents. Grapefruit for certain. Something else. It was faint. Elusive. A little wild.

“No. We have to handle things ourselves.” 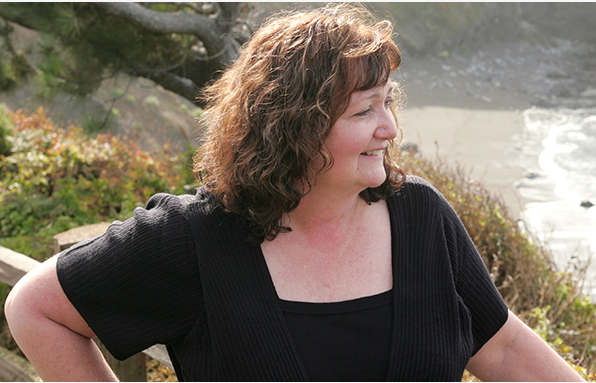