The marriage is fake. But for a sassy chef and an arrogant billionaire, the sparks are real…

Jackson “The Beast” Boudreaux is rich, gorgeous, and unbelievably rude to the staff at Chef Bianca Hardwick’s New Orleans restaurant. Bianca would sooner douse herself in hot sauce than cook for Jackson again, but when he asks her to cater his fund-raiser, Bianca can’t refuse, knowing the cash will help pay her mother’s medical bills. Then Jackson makes another outrageous request: Marry me. The unconventional offer includes an enormous sum—money Bianca desperately needs, even if it does come with a contract—and a stunning ring.

The heir to a family bourbon dynasty, Jackson knows the rumors swirling around him. The truth is even darker. Still, he needs a wife to secure his inheritance, and free-spirited, sassy Bianca would play the part beautifully. Soon, though, their simple business deal evolves into an emotional intimacy he’s built walls to avoid.

As the passion heats up between them, Bianca and Jackson struggle to define which feelings are real and which are for show. Is falling for your fake fiancé the best happy ending…or a recipe for disaster?

Burn for You is a modern take on Beauty and the Beast.

Jackson and Bianca have a very contentious relationship. They get off to a bad start when he shows up at her restaurant and demands a table. Bianca’s latest menu is an ode to his family’s bourbon, but she isn’t about to let him push her around. When he offers her the chance to cater an very exclusive charity event, she knows she can’t refuse. Not only will the publicity give her restaurant the boost it needs, but she desperately needs the money for her sick mother. As if that wasn’t bad enough, the crazy man shows up again and demands she marry him. Turns out he needs a wife by his 33rd birthday -which is just around the corner- or he’ll lose his inheritance. If she wasn’t desperate for money to help her sick mother she’d never consider it…as it is, how bad would be being married to the Beast?

Holly: I was browsing Amazon a couple weeks ago and discovered this book. I love Beauty and the Beast and a modern day retelling appealed to me. I really loved it. Jax and Bianca were great together. Are you glad I forced …ehem…recommended you read it?

Rowena: I listened to the audiobook too and it didn’t work for me. The narrator for Bianca sounded like my grandma and I kept picturing Gretchen from Suits because that’s who she reminded me of so every time she and Jackson would get down and dirty, I kept picturing my favorite of Louis’ administrative assistants with Jackson…and she’s more my Grandma than my heroine of a romance novel. I love the hell out of her but I don’t want to know or read about her sex life. Haha. But dude, that narrator sounds just like Gretchen. 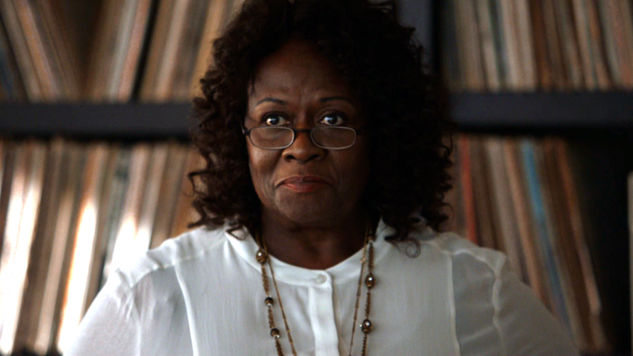 Holly: Conversely, I really enjoyed the narrator. I don’t watch Suits, so I can’t say if she sounded like anyone from that show, but I thought she did a great job with the voices. I don’t ever listen to the entire book. I switch back and forth between reading and listening. The narrator, Diana Luke, really made the book for me. To be honest, I don’t know if I would have enjoyed the book quite so much had I read it on my own. I heard her voice in my head while I was reading and it really worked.

Rowena: Anyway on with the book, after I stopped listening to the book and started reading it on my own, I was able to enjoy the book a lot more. The chemistry between Bianca and Jackson was off the charts and from the beginning I felt it. I knew that we were going to get a good story out of them and we did.

I’m really glad that I listened to you and read this book. It was good stuff.

Holly: Of course it was good stuff. I always give good recommendations. 😉

Rowena: I really liked Bianca’s character and how strong she was, how real she was. When her drama happens, I connected with her because I’ve been there and I thought Geissinger captured her emotions and her grief really well.

My heart broke getting to know Jackson and seeing the man that he grew up to be despite the childhood that he had?? Oh man, it hit me right in the feels and I was rooting like heck for him throughout the entire story.

Holly: Jackson was grumpy and growly, but underneath he was just a giant marshmallow. I loved that about him. I loved how he took care of his people and raised money for causes that were important to him.

Bianca didn’t take any crap from him, and in fact gave back better than she got. I loved her wit and how quick she was to defend herself and those who worked for her. She wasn’t overbearing. They both got on each other’s nerves, but I loved how they also saw below the surface and wanted to help the other. She stuck up for him when he needed it, and he returned the favor. I melted over them both.

Rowena: There were times when I thought both Bianca and Jackson were being super extra about things, like how Bianca would fly off the handle at the smallest thing and how Jackson would growl at Bianca at every turn but in the end, I understood why they were the way that they were with each other and let that stuff go.

Holly: You’re right, they were both extra about things. Still, I loved how they sort of fell into a friendship without even realizing it. So cute.

His family made me angry and I wasn’t satisfied with the way it was dealt with. Jackson felt like shit his entire life because of the way his parents treated him, but his dad waves it all off? Grr. I got over it, however, because it’s a Fairytale.

Rowena: Jackson’s family dynamic left much to be desired and I agree that when everything comes out in the open, his father waved things off and I didn’t think that Jackson got the closure he deserved on that stuff but I’m glad that he finally had the support system that he should have had all along. I also really liked that Bianca was the one to make that happen for him.

Holly: Oh yes, I loved how quick Bianca was to defend him and how she took up for him with his family. That was great.

I really loved this book. There were things that bothered me, and the way Bianca and Jackson acted at the end had me frustrated, but overall it was a really good read. I’d definitely recommend it (and have been, to everyone. lol). I’m really looking forward to reading Geissinger’s backlist.

Rowena: This was the first book that I’ve ever read by Geissinger but it won’t be my last. I really enjoyed this slow-burn romance and am pretty anxious to start the next in the series, even though there isn’t a real link between both books.

Rowena: I agree that this was a very satisfying read. I would definitely recommend.
I give this one a 4 out of 5.

6 responses to “Joint Review: Burn for You by J.T. Geissinger”