To celebrate the mass market paperback release of The Darkest Promise, we have a short excerpt for you. “Don’t try to stay ten moves ahead of your opponent. Stay behind him with a knife.”
—Excerpted from Becoming the King You Are Meant to Be, a work in progress by Lazarus the Cruel and Unusual

LIKE ALICE ON HER WAY TO WONDERLAND, CAMEO, host to the demon of Misery, tumbled end over end down a long, dark cavern. When the bottom finally appeared, she braced for impact…only to slip through a glistening portal. The cavern walls vanished, and she spilled from a midnight sky—straight into a new realm.

Never should have touched the Paring Rod. One brush of her fingertips against the pretty glass bulb that tipped its handle, and the ancient artifact had opened a door between the physical and spirit world. Voilà! In a blink, her descent had begun.
As she plunged toward a flat clearing, she braced for impact…

Cameo smacked into the ground. A scream split her lips, her brain banging against her skull, her lungs emptying and multiple bones shattering all at once.

Agony seared her, black dots weaving through her vision. Warmth drained from her hands and feet, collecting in her torso. Her body was in shock.

Hours passed before she gained the strength to roll to her side, her wrecked heart tap-dancing a wild rhythm against broken ribs. Her head swam but thankfully her pain ebbed. Able to breathe again, she noted the sweet scent of ambrosia—the drug of choice for immortals—hung heavy in the air. She almost laughed. For once, lady luck had been on her side. If you had to crash-land, what better place than an ambrosia field?

She drifted in and out of consciousness, the passage of time evidenced by the healing of her injuries and the shift from dark to light. When a beam of sun stroked her, blistering her pale skin, she finally woke for good.

Her nose crinkled as she inhaled. The scent of ambrosia had been replaced by burnt foliage. Where had she landed? Hell? The sun blazed so hot it had scorched sections of land.

Cameo crawled into a shadowed haven, exhaling with relief when her skin cooled. She scanned the lavender sky with its pale green clouds then looked over an unfamiliar forest filled with towering pink trees and plots of azure grass.

Oookay. This is new. A forest fit for a storybook princess. Too bad Cameo was the villain of the tale. Browniebitch and the Twelve Immortals. For her and her family of demon-possessed warriors, nothing had ever been just right.

Cold fingers of dread crept down her spine as a butterfly the size of her fist fluttered past her. Over the centuries, the wretched insects had become an omen. Death and destruction await…

The heavy weight of depression settled on her shoulders, and she wallowed about the travesty of her life.

Lost so much already. All because she’d made one teeny tiny mistake when she’d lived in Mount Olympus.

That mistake? Helping her friends steal and open Pandora’s box. An appropriate punishment would have been a hand amputation or two. Maybe a few hundred years in the slammer. Instead, she was forced to play host to the demon of Misery for eternity, free will a thing of the past.

To commemorate the occasion, a butterfly tattoo had appeared on her lower back.
The beginning of the end. 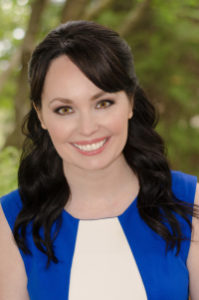 7 responses to “Sunday Spotlight: The Darkest Promise by Gena Showalter”