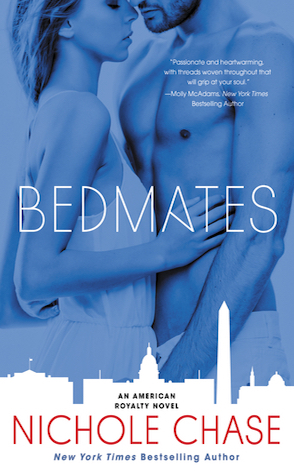 From the bestselling author of Suddenly Royal comes the first in a sparkling new series about America’s favorite royal—the First Daughter.

Everyone makes mistakes, especially in college. But when you’re the daughter of the President of the United States, any little slip up is a huge embarrassment. Maddie McGuire’s latest error in judgment lands her in police custody, giving the press a field day. Agreeing to do community service as penance and to restore her tattered reputation, Maddie never dreams incredibly good looking but extremely annoying vice president’s son, Jake Simmon, will be along for the ride.

Recently returning from Afghanistan with a life-altering injury, Jake is wrestling with his own demons. He doesn’t have the time or patience to deal with the likes of Maddie. They’re like oil and water and every time they’re together, it’s combustible. But there’s a thin line between love and hate, and it’s not long before their fiery arguments give way to infinitely sexier encounters.

When Jake receives devastating news about the last remaining member of his unit, the darkness he’s resisted for so long begins to overwhelm him. Scared to let anyone close, he pushes Maddie away. But she isn’t about to give up on Jake that easily. Maddie’s fallen for him, and she’ll do anything to keep him from the edge as they both discover that love is a battlefield and there are some fights you just can’t lose.

Bedmates is the first book in the American Royalty series by Nichole Chase and it’s also the first book by this author that I’ve read. I didn’t really know what to expect when going in and while I enjoyed the book as a whole, I didn’t absolutely love it.

Maddie McGuire is a do gooder, who just got thrown in jail because she broke into a testing facility to set some puppies free and if she was like her friend Phoebe, she would have gotten into some trouble and it would have blown over and her parents would have gotten over it but she’s not Phoebe. No. She’s the daughter of the President of the United States and shit like this won’t ever get swept under the rug. It’ll be splattered all over magazines and newspapers. The whole story will be blown out of proportion and Maddie will be painted like a horrible villain in those superhero movies. So Maddie’s Dad decides she needs to use her time wisely and helping the VP’s son with a good cause is a good place to start.

Jake Simmon has returned from the war in Afghanistan, injured and has taken up a cause that near and dear to his heart. He’s doing a Habitat for Humanity type of deal for military veterans who don’t have a place to call home after coming home to overwhelming medical bills and everything else. He’s doing his part to help his fellow brothers out and it’s a great thing to be a part of. Maddie McGuire is someone he’s never gotten along with and having to deal with her every day is something he has absolutely no time for but he’ll accept the help she’s offering because they need it. He can avoid her since the job site is big enough for the two of them right?

Jake and Maddie get a lot closer than either of them were expecting. They start off not liking each other but realize that they’re both different people now and they both like the change in the other. I really enjoyed their romance, the build up to getting together. I liked seeing them get to know each other all over again but when things got rough, they frustrated the heck out of me. Maddie and the stuff she refused to talk about with Jake regarding his own freaking Mom. Jake and the way that he handled the stuff that happened with Cyrus. I was even low key annoyed with Jake in the beginning when he hooked up with Ronnie because…eww. I got over it but I was disappointed.

Overall, the book was good. I enjoyed seeing both Jake and Maddie grow individually and then together but it wasn’t all smooth going for me. That could have been interesting but mostly they frustrated me. In the end, I was glad for both of them and I was intrigued about where this series is going to go. Will Jake’s sister get her story told next? I feel like Arizona and Bran are too young for their stories so it has to be the middle sister, right? I’m definitely interested in reading whoever comes next.