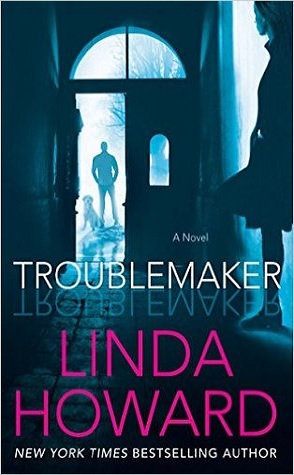 It’s been a while since I’ve been excited about reading a new Linda Howard but I’m glad that I read this one because it was reminiscent of Linda Howard of the old days. The old days where I couldn’t read her books fast enough and I loved everything she came out with. This was a great read with a romance that made me laugh, happy sigh and gasp. The main couple kept me entertained and all in all, I was completely satisfied.

Morgan Yancy works on an elite paramilitary squad and has just wrapped up a mission so he’s looking forward to decompressing and just relaxing for a little bit. When that turns upside down, Morgan finds himself injured and hiding out, off the grid, while he heals from his injuries. His boss sends him to his boss’s ex-stepsister’s house to heal and that ex-stepsister isn’t at all happy about it. That might have a lot to do with how much she hates Morgan’s boss.

Police Chief Bo Maran is not happy about having a guest recovering at her house. Especially a guest who seems dangerous and who could possibly bring that danger right to her town, a town she’d protect with her life. But that same guest is hot and she’s being paid a lot of money to keep him safe for the time being so…she’s got herself a live in guest for the foreseeable future.

The mystery behind who was trying to kill Morgan and then what was happening in Bo’s town, those were easy to figure out and probably the weakest part of the story but all in all, the story was solid and I closed the book, happy with the story that I got. The characters were charming and Bo’s town was great too. I’m pretty confident that Linda Howard is back guys! I definitely recommend Troublemaker to fans of Linda Howard and fans of romantic suspense.