Today we have romance author Shiloh Walker here to share her list of Five Books. Shiloh is as well rounded as her list of books. If you haven’t already, be sure to check out her backlist. She offers a little something for everyone. In a world of danger and deception, she walks the line–between seductive passion and scandalous murder…
Eve Dallas is a New York police lieutenant hunting for a ruthless killer. In over ten years on the force, she’s seen it all–and knows her survival depends on her instincts. And she’s going against every warning telling her not to get involved with Roarke, an Irish billionaire–and a suspect in Eve’s murder investigation. But passion and seduction have rules of their own, and it’s up to Eve to take a chance in the arms of a man she knows nothing about–except the addictive hunger of needing his touch.

It’s the best of a bunch of worlds. Romance, suspense, a bit of futuristic tech. With edgy Eve Dallas and sexy Roarke (no last name), the first book is the series opens the doors to a whole new world. 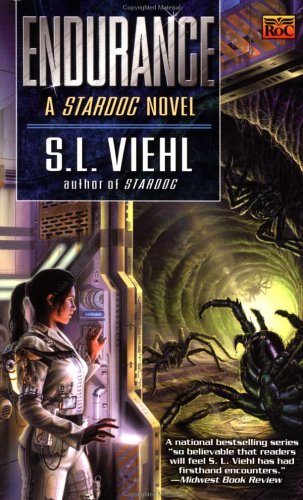 This third entry in the “StarDoc” series finds Dr. Cherijo Torin the target for capture by the Allied League of Worlds. When captured after his failed attempt to get Cherijo, Colonel Shropana is sold to the brutal Hsktskt slave traders. But just as Cherijo made her escape, the man she once loved stabs her in the back, and hands her over to the same slavers.

This isn’t the first in the series (Stardoc) and these aren’t standalone, so naturally, you need to read the others. (See how I did that?). But Endurance is one of the best books I’ve eer read and my favorite book, period. I loves it. 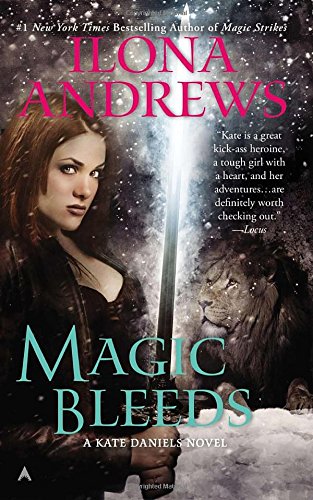 Kate Daniels cleans up the paranormal problems no one else wants to deal with-especially if they involve Atlanta’s shapeshifting community.

And now there’s a new player in town-a foe that may be too much for even Kate and Curran, the Lord of the Beasts, to handle. Because this time, Kate will be taking on family.

The Kate Daniels series is one of my favorites. Awesome action and characters that make you laugh. This isn’t the first in the series, but it’s my favorite one.

They’ve barely begun to understand each other when Raphael receives an invitation to a ball from the archangel, Lijuan. To refuse would be a sign of fatal weakness, so Raphael must ready Elena for the flight to Beijing—and to the nightmare that awaits them there. Ancient and without conscience, Lijuan holds a power that lies with the dead. And she has organized the most perfect and most vicious of welcomes for Elena. 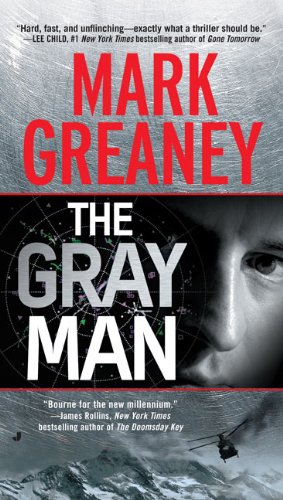 5. The Gray Man by Mark Greaney

Court Gentry is known as The Gray Man?a legend in the covert realm, moving silently from job to job, accomplishing the impossible, and then fading away. And he always hits his target. But there are forces more lethal than Gentry in the world. And in their eyes, Gentry has just outlived his usefulness.

Now, he is going to prove that for him, there?s no gray area between killing for a living?and killing to stay alive.]

First in the Gray Man series and the best action/thriller book I’ve ever read. Very heavily character driven and the hero in it is the kind of guy you just can’t help but root for.

Shiloh Walker is an award-winning writer…yes, really! She’s also a mom, a wife, a reader and she pretends to be an amateur photographer. She published her first book in 2003. Look for her newest book, Headed for Trouble, due out in January 2016 from St. Martins.

She writes romantic suspense and contemporary romance, and urban fantasy under the name J.C. Daniels.

Find her on the web:

Check out her upcoming release: 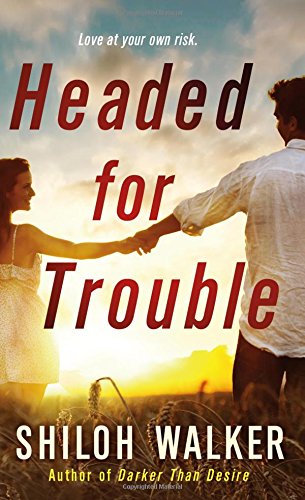 SHE’S A SMALL-TOWN GIRL WITH BIG DREAMS.
Nine years ago, Neve McKay fled her small Southern town and disapproving family to seek a career in the big city. Now she’s finally coming home-and hoping for a fresh start. But the relationship that shattered her world still haunts her. And even among her nearest and dearest, she doesn’t feel safe. . .

CAN THIS BAD BOY BE THE ANSWER TO HER PRAYERS?
Ian Campbell is a pure Scottish muscle-as hard and handsome as they come. But when Neve walks into his bar, his heart melts. . .and he vows to have this gorgeous and somewhat vulnerable woman in his life-for better or for worse. What is Neve’s tragic secret? And how can Neve expect Ian to protect her, when doing so could put his own life at risk? The only thing Ian knows for sure is that he will do whatever it takes to keep her out of harm’s way-and in his loving arms. . .

Blog Tour: Once and For All by Cheryl Et
0 Comments
Tagged: Five Books Everyone Should Read, Guest Authors, Shiloh Walker