Today we have historical romance author and all around awesome person, Sarah MacLean, here to share her list of Five Books.

When Holly asked me to do this, I thought for sure the list would be all romance. But when I thought about it, I realized that would be preaching to the choir over here on Book Binge! So, here are five books (only one romance!) that I adore — and the reasons why. Maybe there’s something here you haven’t tried? 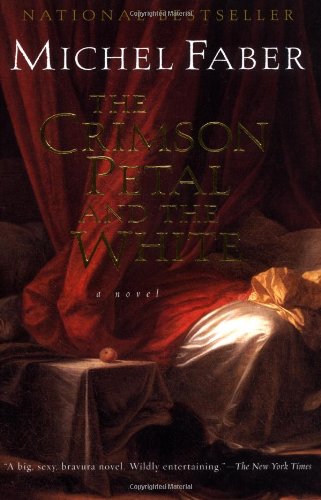 1. The Crimson Petal and the White by Michael Faber

At the heart of this panoramic, multidimensional narrative is the compelling struggle of a young woman to lift her body and soul out of the gutter. Faber leads us back to 1870s London, where Sugar, a nineteen-year-old whore in the brothel of the terrifying Mrs. Castaway, yearns for escape to a better life. Her ascent through the strata of Victorian society offers us intimacy with a host of lovable, maddening, unforgettable characters.

This is a beast of a book, 900 pages and completely riveting. In short, it’s the story of Sugar, a Victorian prostitute and her rise to power from the streets of London, but that barely scratches the surface of it — it’s Dickensian in scope, revealing all the remarkable nooks and crannies (even the disgusting ones) of Victorian London. Sugar is a glorious, complex character, and when she rises to the position of mistress to a wealthy businessman whose wife is her opposite (though equally complex) — a moneyed woman being treated for hysteria. Apparently, Faber researched it for 20 years, which is probably why there’s nothing about this book that I don’t love. 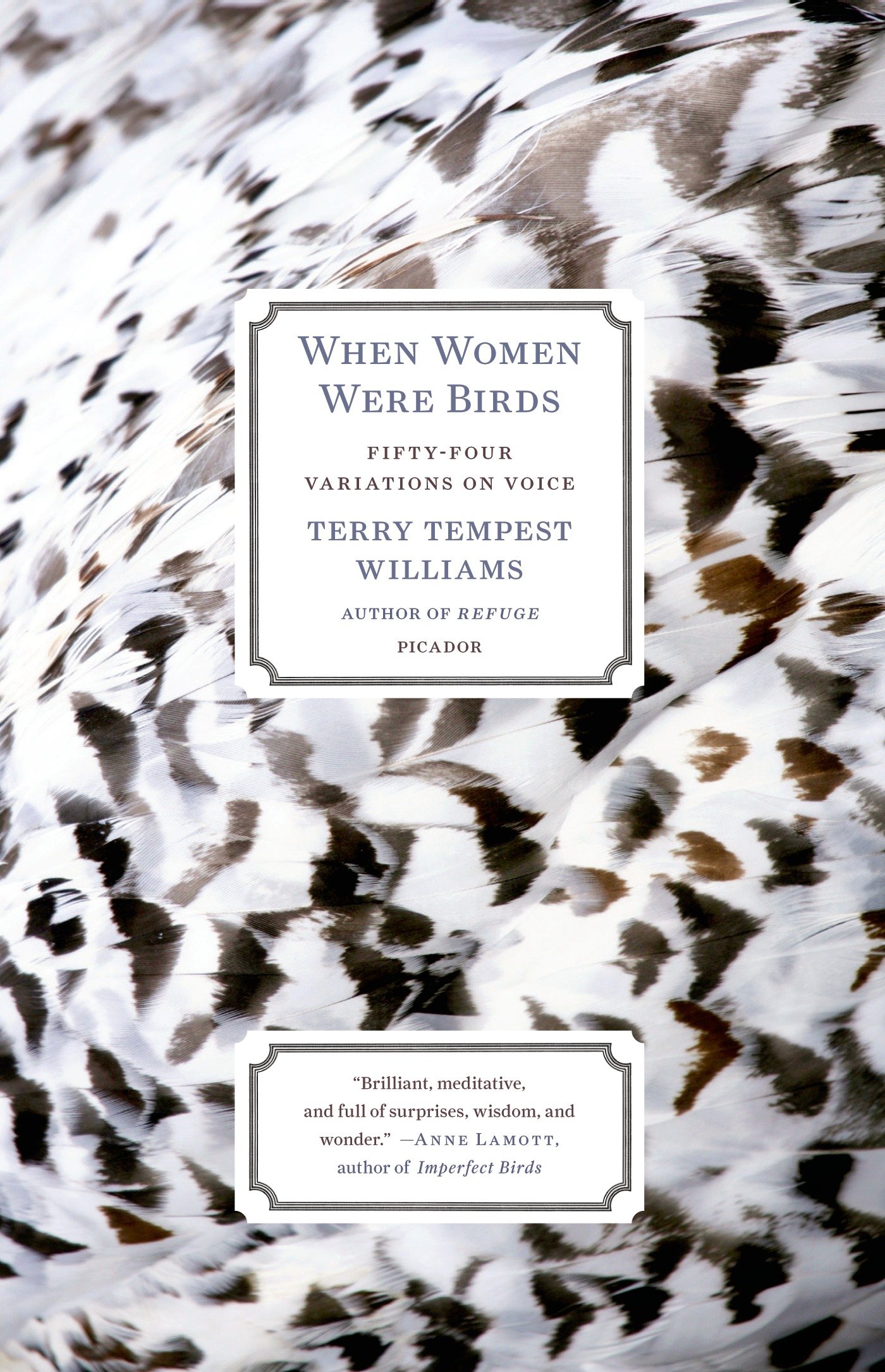 2. When Women Were Birds by Terry Tempest Williams

“I am leaving you all my journals, but you must promise me you won’t look at them until after I’m gone.” This is what Terry Tempest Williams’s mother, the matriarch of a large Mormon clan in northern Utah, told her a week before she died. It was a shock to Williams to discover that her mother had kept journals. But not as much of a shock as it was to discover that the three shelves of journals were all blank. In fifty-four short chapters, Williams recounts memories of her mother, ponders her own faith, and contemplates the notion of absence and presence art and in our world. When Women Were Birds is a carefully crafted kaleidoscope that keeps turning around the question: What does it mean to have a voice?

I read this book this year after hearing about it again and again from friends. On its surface, it’s a memoir about a woman who has lost her mother. The author is bequeathed her mother’s 50 journals, only to discover that every journal was empty. Just pages of blankness. Of course, this discovery leaves Tempest Williams thinking about issues of identity and womanhood and voice and purpose. It’s a magnificent, lyric book of 54 short essays about relationships mothers and daughters and women and faith and grief and identity. And it changed my life. 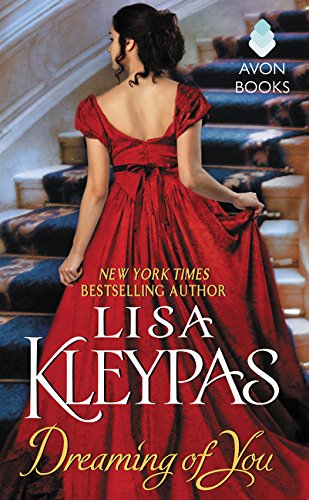 3. Dreaming of You by Lisa Kleypas

When shy and secluded author Sara Fielding ventures from her country cottage to research a novel, she inadvertently witnesses a crime in progress—and manages to save the life of the most dangerous man in London.

Derek Craven is a powerful and near-legendary gambling club owner who was born a bastard and raised in the streets. His reputation is unsavory, his scruples nonexistent. But Sara senses that beneath Derek’s cynical exterior, he is capable of a love more passionate than her deepest fantasies.

Aware that he is the last man that an innocent young woman should ever want, Derek is determined to protect Sara from himself, no matter what it takes. But in a world where secrets lurk behind every shadow, he is the only man who can keep her safe. And as Derek and Sara surrender to an attraction too powerful to deny, a peril surfaces from his dark past to threaten their happiness . . . and perhaps even their lives.

Together they will discover if love is enough to make dreams come true.

I mean, I’m still Sarah MacLean, you guys, so there’s no way this list is complete without a romance novel. I know that there’s some disagreement about which Lisa Kleypas novel is the most hero-iffic, but to all the Devil in Winter fans, I say, St. Vincent is fine, but Derek Craven would eat him for breakfast. I think of Dreaming of You as a near-perfect romance, in part because it busted down Ducal doors when it came out — Derek isn’t just untitled, he’s a cockney, up-from-the-gutter, son of a prostitute, rough-and-tumble hero who is the ultimate self-made man. And man, has he self-made. He’s the owner of a tremendous gaming hell, and a king of the dark corners of London.

The heroine? A lady novelist who is interested in those dark corners for research. Of course, she has no idea how to navigate them, and she awakens his gentlemanly side, if it can be called that. It’s a beautiful beautiful book. 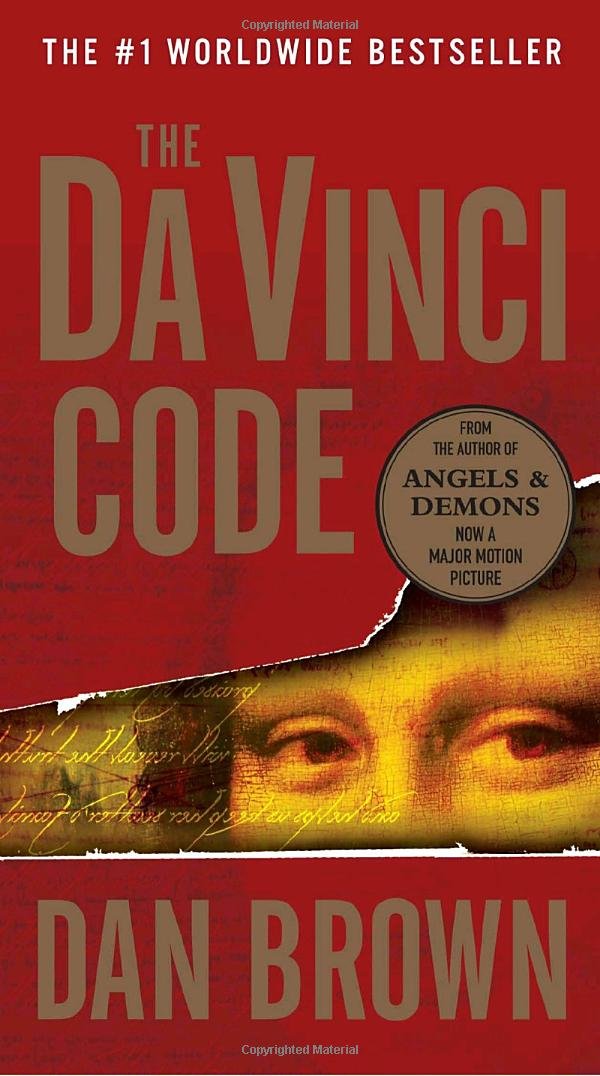 4. The DaVinci Code by Dan Brown

While in Paris on business, Harvard symbologist Robert Langdon receives an urgent late-night phone call: the elderly curator of the Louvre has been murdered inside the museum. Near the body, police have found a baffling cipher. While working to solve the enigmatic riddle, Langdon is stunned to discover it leads to a trail of clues hidden in the works of Da Vinci — clues visible for all to see — yet ingeniously disguised by the painter.

Langdon joins forces with a gifted French cryptologist, Sophie Neveu, and learns the late curator was involved in the Priory of Sion — an actual secret society whose members included Sir Isaac Newton, Botticelli, Victor Hugo, and Da Vinci, among others.

In a breathless race through Paris, London, and beyond, Langdon and Neveu match wits with a faceless powerbroker who seems to anticipate their every move. Unless Langdon and Neveu can decipher the labyrinthine puzzle in time, the Priory’s ancient secret — and an explosive historical truth — will be lost forever.

And now…for something completely different. I love this book. I love it as a reader because it is ridiculously good fun, and it makes me turn pages without a care in the world for how ridiculous it is…and all the cares for what good fun it is. Robert Langdon is outrageous and the plot is bananas and I care not a bit. It’s exactly what commercial fiction should be. And that brings me to why I love it as a writer. Let me repeat. It’s exactly what commercial fiction should be.
Dan Brown knows how to write a book that people will devour. The bones

of this book are so carefully structured…everything about it builds so carefully on itself…and everything is designed so that the reader solves the puzzles about thirty seconds before Langdon himself does.
It makes readers feel clever and smart and keeps them gleefully turning pages. The first time I read it, I was on a boat in the middle of a stunning California lake, and I couldn’t even look up at the beautiful day because I was so thoroughly enjoying my book. Ever since, I’ve strived to write a book like that. 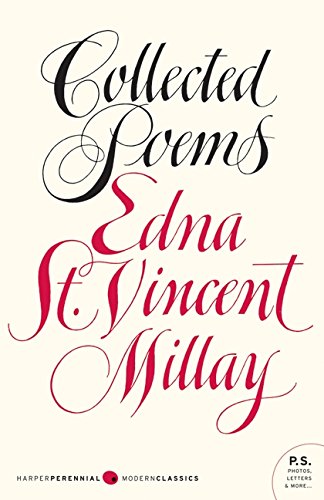 The 1956 Collected Poems of Edna St. Vincent Millay finds new life in this beautiful new P.S. edition from Harper Perennial Modern Classics. Alongside Robert Frost, T.S. Eliot, Marianne Moore, and E. E. Cummings, Millay remains among the most celebrated poets of the early twentieth century for her uniquely lyrical explorations of love, individuality, and artistic expression. This invaluable compendium of her work is not only an essential addition to any collection of the world’s most moving and memorable poetry but an unprecedented look into the life of Millay. An extensive P.S. section includes personal letters, never-before-seen photographs, information about Millay’s homestead at Steepletop, and an original essay by leading Millay scholar Holly Peppe.

Full disclosure, I’m not a poetry person. I don’t entirely understand it and I always feel like I’m missing the point. That is, for every poet but Edna St. Vincent Millay, who writes the most beautiful, heartbreaking love poems I’ve ever read. Strike that. She writes the most beautiful, heartbreaking love I’ve ever read. I read her almost exclusively when I’m at the end of a book, writing the black moments.

“Time does not bring relief; you all have lied
Who told me time would ease me of my pain!
I miss him in the weeping of the rain.”

That exclamation point slays me every time.

New York Times & USA Today bestselling author Sarah MacLean wrote her first romance novel on a dare and never looked back. She is the author of historical romances and a monthly romance review column at The Washington Post, and the recipient of back-to-back RITA Awards for Best Historical Romance. Sarah regularly speaks about the romance genre, its history and its intersection with feminism in both academic and consumer settings. A lifelong romance reader, she is the creator and moderator of the 1500 member strong Old School Romance Bookclub on Facebook. Sarah lives in New York City.

Check out her upcoming releases: 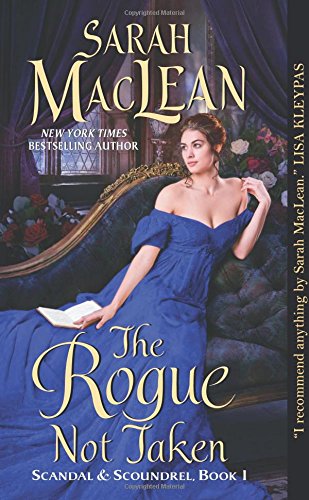 When Sophie, the least interesting of the Talbot sisters, lands her philandering brother-in-law backside-first in a goldfish pond in front of all society, she becomes the target of very public aristocratic scorn. Her only choice is to flee London, vowing to start a new life far from the aristocracy. Unfortunately, the carriage in which she stows away isn’t saving her from ruin . . . it’s filled with it.

Kingscote, “King,” the Marquess of Eversley, has never met a woman he couldn’t charm, resulting in a reputation far worse than the truth, a general sense that he’s more pretty face than proper gentleman, and an irate summons home to the Scottish border. When King discovers stowaway Sophie, however, the journey becomes anything but boring.

He thinks she’s trying to trick him into marriage. She wouldn’t have him if he were the last man on earth. But carriages bring close quarters, dark secrets, and unbearable temptation, making opposites altogether too attractive . . .

2 responses to “Five Books Everyone Should Read: Author Sarah MacLean”