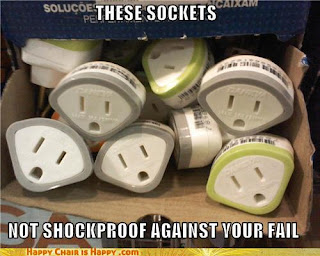 (for the record, the title of this post is a rhetorical question..I know there’s no right – or even good – answer to that question)

Warning: The following is going to be a long, rambling rant. Read at your own risk.

I’ve been on the internet a long time now. I started lurking on message boards, forums and chatrooms in the late 90’s. I started posting regularly in the early 2000’s and I’ve been a member of the online blogging community for almost 7 years now. I’ve seen some pretty ridiculous shit in my day*. Especially in the reader communities. Pettiness, jealousy and rudeness. Friendships ruined and backstabbing and immaturity at its worst. From adults. From grown-ass women who should know better.

Readers – myself included – sometimes have a sense of entitlement when it comes to books. Is it because we spend our hard-earned money on them? Maybe. Is it because we invest our time and energy into reading them? Probably. Is it because we become emotionally invested in them as we read and we don’t like to be disappointed if and when? Almost absolutely. Does that make it ok that we feel entitled to say what we want about the book? Eh..I think the answer to that is subjective, but I’m going to say yes.

Relatively speaking, we’re the good girls in the romance review blogging community. We don’t get involved in most of the online drama, we don’t often pick fights with authors or readers, hell, most of the time we don’t even pay attention to the kerflulffles going on around the ‘net. It’s not because we don’t care what happens in our community, and there have been times we’ve gotten involved. But for the most part we’re busy living our lives and don’t feel the need to dedicate what little free time we do have to pursuing the latest dramas.

Look, I get that sometimes reviewers grate on the nerves of authors. I get that someone not loving a book stings. Even the most well-adjusted person can FREAK THE FUCK OUT when he or she receives a negative book review. I get that. I really do.

It used to be that the author vs reader/reviewer thing went down on Amazon. Then it moved to the bloggers as we tried to establish our place here on the web. Then into the young adult community. I saw a new drama go down in YA-land on a weekly basis there for awhile. Now it’s shifted to Goodreads. I don’t know why. I really don’t. The arguments on either side aren’t new. Reviewers are assholes. Authors are assholes. Someone is always behaving badly. Right?

But lately the tone has turned.. vicous. Readers are afraid to post honest reviews on Goodreads because 9 times out of 10 the author will check it out. And comment. And send her cohorts to comment. And pretty soon what started out as a review of the book – whether good, bad, snarky or whatever – has turned into war.

And then it goes too far. Currently, a group of people (or maybe just one person? dare I say author?) has taken it upon themselves to avenge the poor authors who are getting slammed at Goodreads by mean-girl reviewers. How are they doing the avenging? By dedicating a website to “exposing” the reviewers, Stop the GR Bullies. Posting personal information about them, including real names, where they live and pictures of them.

I…I have no words for this kind of behavior. I don’t understand how posting a bad review about A BOOK on the web opens a person up to have their personal information posted or to being attacked on a personal level. As I said, when I write reviews, I’m not thinking about the author. Because I’m not reviewing the author. I’m reviewing her book. If a website popped up reviewing my review, well..that would be one thing. But a website dedicated to “outing” these reviewers makes me sick. Just sick.

But I’ll tell you something. Seeing things like that might sicken me, but they won’t stop me from reviewing. I’m still going to write reviews for books I hate. And for books I love. I really hope the rest of you will do the same.

*I’ve also seen some pretty amazing shit. The community rallying around someone who had a loss, supporting great causes and sharing a mutual love of reading. Just so you don’t think there’s no good in the bloggy world.

17 responses to “"Stop the GR Bullies" aka WTF is Wrong with People?”