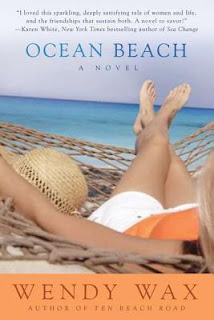 Unlikely friends Madeline, Avery and Nicole have hit some speed bumps in their lives, but when they arrive in Miami’s South Beach neighborhood, they are all hoping for a do-over. Literally. They’ve been hired to bring a once-grand historic house back to its former glory on a new television show called Do-Over. If they can just get this show off the ground, Nikki would get back on her feet financially, Avery could restart her ruined career, and Maddie would have a shot at keeping her family together.

At least, that’s the plan – until the women realize that having their work broadcast is one thing, having their personal lives play out on TV is another thing entirely. Soon they are struggling to hold themselves, and the project, together. With a decades-old mystery—and the hurricane season—looming, the women are forced to figure out just how they’ll weather life’s storms.

Where shall I begin?  This is a wonderful “ensemble” grouping of characters, all of whom manage to hold their own in a very crowded line-up, yet each has a story that needs to be told and which makes the stories of the other characters just that much richer.
Madeline is the “mama” of the group who, together with her daughter Kyra (a single mother with a baby to raise) is venturing out with the hope that this reality home restoration project will be “picked up” by the Lifetime Channel as a permanent fixture in their programming.  Maddie has just celebrated the 25th anniversary of her marriage to a man who lost his resources in a ponzi scheme and whose subsequent break-down forced her to dig deep and find strength within herself she had previously allowed to lie fallow.  Kyra’s baby is the son of a famous actor who regularly entertains himself with the newest production assistant, only this time he wants to be a part of his son’s life as well as continuing to make advances to Kyra.  Keeping her own crumbling relationship intact, trying to help Kyra keep a sense of balance when being assaulted with celebrity charm, managing to cook for the crowd, as well as doing her own part with the long list of chores that go along with such a massive renovation project has Maddie pushing the limits of her emotional boundaries as well as her physical strength.
Nicole is the sister of the man who cheated and scammed his way into the hearts and bank accounts of a goodly number of wealthy “investors” as well as taking everything she had–her personal savings, her business (she was a celebrity matchmaker), and very nearly the roof over her head.  This project may very well be the last ditch attempt to not be a homeless person, but she never realized that her personal pain and history would be cannon fodder for the cameras as well.
Avery needs this project to succeed and if it does, it will mean that her own career can once again have a life.  Little does she realize that the designer the network has hired to redecorate and refurbish this “grande dame” of a house is her very own mother, the woman who walked out on her marriage and her daughter years earlier.  Their relationship very nearly torpedoes the project and it is only the desperate circumstances of all their lives that keeps the lid on their heated exchanges and deep angers toward one another.
Now add in a camera crew who wants the most spectacular and possibly scandalous film, an FBI agent whose good looks, quiet calm, and forthright manner toward her begins to win Nicole’s interest in a major way, on levels that no man has ever been able to plumb.  The Italian construction contractor begins to make Maddie feel appreciated at a level she hasn’t experienced for a very long time and stands in stark contrast to the constant stream of criticism of her successes.  And there there is the 51 year old mystery of the missing child of the couple who built the house–Max and Millie, two very successful stage comics whose child was kidnapped when he was three years old.  Millie is gone now, but Max has promised to fix up the house so that it will look good when their boy returns home, a hope they have nurtured for five decades.  Max is a warm and winsome human being, a man who appreciates people, whose warmth and kindness and generosity of spirit has caused Kyra’s baby to love him dearly.  The house rang with the Baby  Dustin’s calls for his good friend “Gax.”  One of the most emotional scenes in the book is when Max is dying and Baby Dustin comes to the hospital to say his good-bye–I don’t think he knew that was what it was–and his arms went around Max’s neck and his face was buried under Max’s chin.  I could so easily visualize it and felt the deep connection between a wonderful old man and a very little boy whose life was just beginning.
Against the backdrop of a wonderful historical dwelling, the lives of these people play out, their energies strengthened by each other’s friendship, their joys and hurts shared, their need to succeed driving them all.  Yet in the midst of all that drive is the underlying necessity for being people in relationship with one another and with those who are important to them, whether or not they know it.  Even when it ended, there was a sense that amid the positive outcomes of a number of these situations, life moved on for them all with the support of their friendship and loyalty.
It’s a terrific book and one that I feel privileged to have experienced.  It’s not easy to manage all those stories and to keep such a cast of characters acting and interacting in a balanced way, but Ms Wax definitely pulled it off.  Beautifully written and constructed by an author who evidently knows what she is doing–what it means to create a full-scale novel–this story challenges the reader to enter in to the full millieu of life with all its ups and downs.  Just one fantastic read, and I hope you’ll take the time to enjoy it as I did.

You can read more from Judith at Dr J’s Book Place.
This book is available from Berkley Trade. You can buy it here or here in e-format.

One response to “Guest Review: Ocean Beach by Wendy Wax”