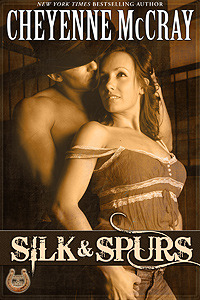 Jessica Porter finds herself in southern Arizona on the Cameron’s Bar C Ranch ready to photograph the ranch and the oldest Cameron’s wedding. When Jessie meets Zane Cameron, she finds herself wishing the tall, dark, and gorgeous cowboy was free.

Lately, Zane has had the feeling that things aren’t as they seem with his fiancée. When she shows her true colors, he calls off the wedding.   Zane feels it’s too soon to fall for another woman, but when he meets Jessie, he just can’t get enough of being around her. It’s not long before the pair gets together and it grows hotter between them than an Arizona summer.

But Zane’s ex-fiancée threatens Jessie and everything takes a dangerous turn…a turn that could mean Jessie’s life.

I grew up reading Arizona Highways and even living and growing up in the Midwest, I knew that Arizona was a photographer’s paradise.  So much of that photography testified to the fact that the desert can be wonderfully beautiful.  So it was to our heroine, Jessie Porter, a woman who was hired to not only do a commemorative album for the matriarch of the Camerons as well as do the photography for the upcoming wedding of the eldest brother.  Zane was engaged to a petite, blonde, and always helpful, pretty, smiling woman who was anxious to become the newest member of his family.  But even though Zane was a total gentleman, polite and helpful to Jessie, never making a move on her because of his engagement, the bride-to-be took it in her head that Zane was straying.  It prompted reactions that certainly revealed that there was more to Miss Phoebe than Zane realized and a lot of it wasn’t good.
Jessica Porter was all business, even though she felt the strong attraction to Zane and had no intention of encouraging those feelings or being anything but professional.  That Phoebe got the idea that Jessie was truly competition was unfortunate, but Jessie wasn’t even interest–well, that wasn’t entirely true, but she was a person of honor and Zane was off-limits.  But little things started happening and then Phoebe threatened Jessie with harm.
This is a short novel that is set in the heart of the contemporary ranching country in Arizona and is so well written that it gives the reader the sense of really being right there on the Bar C ranch.  It is a story that zeros in on the way that pure evil can be hidden and the damage it can do potentially.  It is truly a romance and there is some good loving as well as a sense that Zane and Jessie are every bit the kind and genuine man people they first appear to be, and people who wants nothing to do with a woman as duplicitous as Phoebe.  It is a relatively quick and entertaining read and one that lovers of cowboy romance will especially enjoy.  I would have liked it be longer as I enjoyed the other members of the family and their involvement in the action of the novel.  All in all, it was a very good read.

You can read  more from Judith at Dr J’s Book Place.

This book is available from [insert publisher here]. You can buy it here or here in e-format.