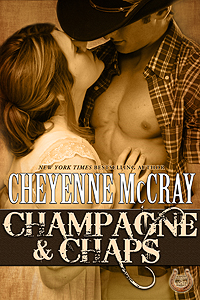 Sabrina Holliday is ready for a vacation from it all and ends up spending the summer with her closest friend in a small southern Arizona ranching community. After fighting breast cancer and dealing with other life trials, she needs a break in the worst way.

Wyatt Cameron hasn’t met anyone as beautiful as Sabrina and from the moment she walks into his life, the cowboy is determined to make sure she belongs to him. He has to work past her barriers, but nothing is going to keep him from winning her heart.

Sabrina figured she was not in the right place in her life to fall for a man, but men who look as good as Wyatt, with a heart to match, just don’t come along. From the first moment she meets him, she knows this cowboy is different than any other man she’s met.  The quiet vacation is interrupted when a stranger helps Sabrina fix her car. She never expects to get caught up in the middle of a drug war, a war that could cost her life. Wyatt races to save Sabrina…before it’s too late.

Individuals and families who have been inundated by the onslaught of terminal illness know that such a disease presents challenges to the heart and the inner strength of a person in a way that nothing else ever does.  In my early years, the present of cancer was very slight, and it was not the most common disease that was killing women.  No, it was heart disease (and it is still way up there), and cancer was not a word that was often spoken.  That is not the case now, and it is not a disease of old women, either.  Ms McCray (who also writes under the pen name of Jamie Holland) has crafted a story that deals with the after effects of cancer in the life of a young woman, a person who really doesn’t want to see all her life goals and dreams evaporate because of her encounter with this deadly disease and the inevitable changes it has forced to her body.  Yet it has left her much stronger and at the same time she has developed that unique insecurity we all face when we wonder if what has happened to our bodies will mean that we are not attractive to someone special.
The hero in this tale, Wyatt Cameron is one of those guys that is almost too good to be true, yet we all know men who have risen to the challenge of loving a woman who has some fairly spectacular surgical wounds and who has somehow the maturity and goodness to see beyond those scars.  This is a story of strength and caring, the healing that comes with true friendship and deep and authentic loving.  It is the kind to story we all love to read because it isn’t a fairy tale–it is about real life and real people, even though they are fictional.  It is also about the challenge for Sabrina to look beyond her own scars, to make a choice about whether she will accept what Wyatt is offering, or will she allow her battle with cancer that has left her changed do the deciding about this important new path opening up before her.
I have read several of the stories in this series and all are entertaining and engaging.  Those Cameron men are something, and those who really like Western romance are going to like these stories.  Yes, they are on the short side, but this novellas and the others in this series are so well written that they get the job done of telling the story without feeling rushed.  It is not often that I rate a novella so high, but I really responded positively to this story on many levels.  I think you’ll want to read this one.

You can read more from Judith at Dr J’s Book Place.
This book is available from Pink Zebra Publishing. You can buy it here or here in e-format.