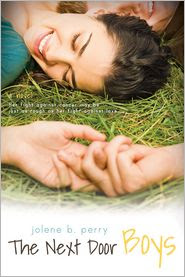 With her body still recovering from last year’s cancer treatments, Leigh Tressman is determined to be independent. Despite the interference from her overprotective brother, physical frustrations, and spiritual dilemmas— not to mention the ever expanding line of young men ready to fall in love with her— Leigh discovers what it actually means to stand on her own and learns that love can be found in unexpected but delightful places.

I picked up this book because I saw that Leigh (the main character) was headed to BYU and so I knew that the characters were going to be Mormon. I haven’t read too many LDS fiction books and wanted to change that (mostly I haven’t read more LDS fiction because they’re so stinking expensive and I’m cheap) and then add to that, the blurb for this story painted a cute story with a main character who is a cancer survivor and I was immediately drawn to it.

I’m glad that I read it because reading this book and seeing Leigh interact with the people around her took me back to when I was in the youth. All the activities, the Family Home Evenings when I went to the Institute, all of the good times made me smile while I was reading this book.

This story follows Leigh Tressman as she goes from being the sick girl to the college girl. Leigh had ovarian cancer and is now in remission and while her parents and doctors wanted her to wait another semester before going back to school, Leigh was ready to go now and so she did. Getting back into the real world after living in a bubble where you dealt with cancer and chemo therapy and just being sick isn’t as easy as Leigh thought it was going to be but more than anything, Leigh wanted her own space and going away to college was the only way that she would get that. She didn’t even mind that her brother Jaron was living next door, she just needed space away from her worried parents so that she could breathe.

Getting to know Leigh was a bag of mixed emotions for me. There were times when my heart went out to her and then times when I wanted to strangle her, she frustrated me so but I’m glad that I didn’t let my frustrations with Leigh keep me from finishing this book because Perry did a wonderful job of sucking me into Leigh’s story and keeping me invested in her and in the other characters. Most especially, Brian and Nathan. I loved getting to know Brian and the more I learned about him, the more I wanted to learn about him. Nathan was an adorable addition to an already charming cast of characters and I loved him too.

Seeing the friendship between Leigh and Brian grow from the beginning of the book to the end of the book made me all giddy inside because it wasn’t fast and passionate, it was slow and steady and at the end, so so real. There was nothing about their relationship that felt forced or in anyway rushed. I had absolutely no doubts at the end that they were meant for each other and when Leigh finally realized it, I about shouted, “FINALLY!” because it was a long time coming and I thought it was just too cute for words.

This is a Christian fiction book as the characters are Mormon (Latter Day Saints) and they were pretty strong in the Church as well. It was good to see that like myself, all Mormons are not perfect. They struggle with their beliefs and they struggle with staying on the straight and narrow but they also know that the work they put in will always be worth it.

For me, this book was a reminder of everything that I grew up with. The teachings, the people and it took me back to happier times when I was young, carefree and just happy. Now, I lose sight of everything because I’m super stressed about bills and money and other worldy things but it was nice to read this book and be reminded of the little things that can bring me such happiness. I enjoyed getting to know both Leigh and Brian and I thought the rest of the cast were all well rounded, fleshed out characters that I enjoyed getting to know.

This book was an enjoyable Christian fiction book and I’m glad that I read it. I will definitely be buying this book for my daughter because I know that this is something she would enjoy.

6 responses to “Review: The Next Door Boys by Jolene B. Perry.”