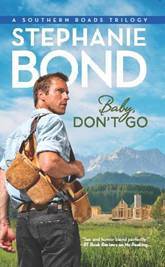 Though they’re nothing but trouble…

The hardheaded Armstrong brothers are determined to rebuild their tornado–ravaged hometown in the Georgia mountains. They’ve got the means, they’ve got the manpower…what they need are women! So they place an ad in a Northern newspaper and wait for the ladies to arrive…

Reporter Alicia Randall thinks the Armstrong brothers are running a scam and she intends to prove it—even if it means seducing oh–so–sexy Marcus in the process. Sizzling sex and a hot story? Win–win!

At least it is, until she falls for the guy. Will love trump betrayal when the truth comes out?

This was an ok read. Although I enjoyed the first one, after the disaster of the second one I didn’t expect a lot from this one. Since my expectations were low, I wasn’t disappointed. To be fair, a lot of my frustrations with this novel may be stemming from contemporary burn-out.

Alicia is a reporter for a feminist magazine. Her column, Undercover Feminist, has her going undercover to dig out information on sexist operations. When she hears that the men from Sweetness, Georgia put an ad in a newspaper looking for women to help them rebuild their town, she knows something fishy is going on. And she’s determined to prove it.

Marcus has about all he can handle on his plate. He and his brothers are on a tight deadline to get their town up and running before the federal government yanks their grant. The last thing he needs is the distraction of a woman. But he can’t help his attraction to Alicia.

What I liked: Alicia and Marcus together. The way they connected really came across. Watching them get to know each other was sweet. They took their time opening up to one another, and that made their fall so much better.

I also really liked the aspects that dealt with the rebuilding of the town. Throughout the series, these have been my favorite parts. The idea that an entire town could run green fascinates me. I’d love to see something like this happen in real life (minus the tornado, of course).

What I didn’t like: My main issue with this novel is the way Alicia is portrayed. She’s described as an ultra feminist. She hates the institute of marriage, is cynical and jaded, and is determined to show men in the worst possible light. Only..she isn’t written that way. We’re told that’s how she is, but we aren’t shown it. She comes across as a woman with daddy issues who just wants to be taken care of. I don’t think this is what the author intended, but this is what happened.

On top of that, she was a reporter. The story meant more to her than anything else. She even convinces herself to have sex with Marcus to get more dirt on him. It was meant to be used a convenient excuse to do what she really wanted (have sex with him, of course) but it left a bad taste in my mouth.

My second gripe is the amount of matchmaking the secondary characters got up to. This is the part that probably stems from an overload of contemporary romances. Every time one of the previous couples arrived on scene and gave a knowing look or a sly wink or arranged a romantic getaway or a forced dinner I wanted to scream. Look, I get that they’re happy. I’m happy for them. Truly. But does being in a relationship mean you have to force everyone else you know into one as well? No.

Especially the men. Do men really get married and then try to push all their single friends/family members into getting married as well? I know my husband doesn’t. We’re very happily married, but he isn’t trying to fix up all his single friends now so they can be just as happy.

I really liked the aspects that dealt directly with the hero and heroine and the rebuilding of the town, but I’m glad the series has ended.