The casting of the three main characters from The Hunger Games movie are final and complete. I’ve seen lots of griping about the casting around blogland and I honestly don’t see why. I heard that Suzanne Collins had a hand in picking the actors for the parts and if this is who she had in mind for the roles then I’m all for it.

Check out the castings… 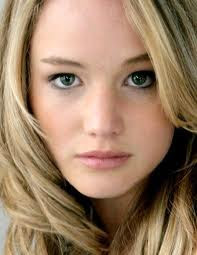 My Thoughts on Katniss: I’ve never heard of this actress before so I was a bit bummed by this casting because it would have been nice to have seen something that this actress has been in. She’s also not how I pictured Katniss to be but I’m not too bummed about giving her a fair shot at the role. After reading her IMDB profile, she’s been in a few things and has some more stuff on her plate so I’m sure after all the movie magic is said and done, I think she’ll look the part and I hope she’ll act the part as well.
Here’s Peeta: 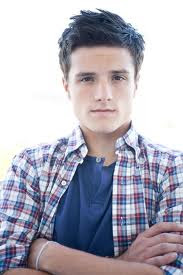 My Thoughts on Peeta: He’s a cutie patootie and though he doesn’t have the blonde hair that Peeta has, he does have the build and look that I can see Peeta having. After watching Beastly, I stopped thinking that Alex Pettyfer would make a good Peeta because he’s so young manly man and Peeta is more of a beta hero. Alex Pettyfer would have made a pretty decent Gale, though.

I like Hutcherson and look forward to seeing what he brings to the character that is Peeta. I’ve got my fingers crossed. 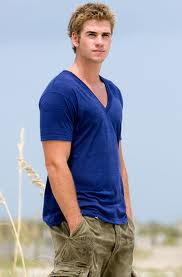 My Thoughts on Gale: They cast Liam Hemsworth as Gale and I can’t say that I’m disappointed at all. I’ve seen a lot of griping on this particular casting because of his ties to Miley Cyrus. I think that’s silly, Miley may not be everyone’s cup of tea (she’s not really mine either though I do still dance and sing along to Party in the USA) but it’s silly to hate on a guy for dating her. I just saw The Last Song over the weekend and thought that Liam did a decent job of bringing Will’s character to life. I’m pretty stoked to see him bring Gale’s character to life. He’s not what I had in mind for Gale but he’s not a bad choice, I don’t think. He’s cuter than Edward Cullen, haha.

All in all, I’m not overly pissed nor am I overly thrilled about the casting but hey, I’m sure after they do their movie magic, all will be well.

At least that’s what I’m hoping…either way, I’m still thrilled to actually be getting a Hunger Games movie.

Thoughts? Do you guys love or hate the casting choices for Katniss, Peeta and Gale?

The Hunger Games Movie Gets a Poster!

6 responses to “Hunger Games- The Cast.”