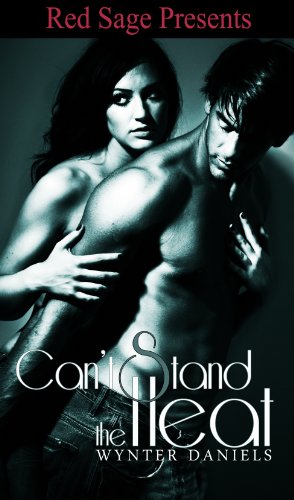 Savannah chef Marissa Walker thought she was through with her gambling ex-husband, Billy when he left for Atlanta. When their boss brings Billy back into her life, she’s forced to keep her emotions and her libido in check as they compete for the position of Head Chef.


Little does she know that Billy’s gambling debts followed him to Savannah along with a dangerous bookie willing to do whatever it takes to make Billy pay. Billy’s deceit threatens to undermine the growing trust between the exes. Marissa realizes she’s the one who’s gambled not only her career, but her heart as well.

I’ve read several books by Wynter Daniels (writing as Dara Edmondson) and really liked them, so I expected to like this one as well. Unfortunately there wasn’t much to recommend about it.

I’m going to be upfront and preface this by saying this book features one of my hot-button issues. I was prejudiced going in and nothing I read here changed my mind or my feelings.

Billy is a gambling addict. He isn’t a recovering addict, but a current one. For years he’s been progressively getting worse until Marissa finally has enough and kicks him out. A year later they’re thrown back together. Marissa’s boss wants them to work together again (they’re both chef’s. Billy moved to another restaurant after the divorce but it’s closing and their boss wants to put them back together) and she has no choice but to accept the terms he (her boss) sets forward.

Let me say this again – Billy is a gambling addict. He has an addiction. The day he leaves to go back to Savannah his bookie shows up and threatens to seriously hurt Billy if he doesn’t come up with the $10,000 he’s owed. Billy makes excuses and then the bookie sees Marissa’s name in Billy’s phone. So he threatens to hurt her if Billy doesn’t get his money.

Billy swears that’s enough to set him straight, but it isn’t. After losing everything he has – including his wife, who he claims is the best thing that ever happened to him – and with the threat of harm coming to him AND the people he cares about, he keeps saying he’s done. Except he’s not.

And this is the problem I had with this book. HE IS AN ADDICT. HE DOESN’T STOP GAMBLING. Throughout the entire book, he keeps gambling, putting Marissa in danger even though he says he won’t. I’m all for second chances. They get a divorce and a year later he shows up – having been clean for that whole time – and wants a second chance, great. But he hasn’t ever stopped. He’s still lying and stealing and generally being a douche.

But my problem continues from there because Marissa was nothing but a doormat. He pawned her jewelry, continued to lie to her and put her in mortal danger – and STILL she believed him when he said he was done. STILL she took him back. STILL she had sex with him. This makes no sense to me. At some point you have to say enough is enough – only Marissa never did. He came back the same man he left as, the one she swore she was done with, and SHE TOOK HIM BACK.

Their boss, who just happened to be Billy’s cousin, was even worse than Marissa. He schemed to get the two of them back together KNOWING Billy was putting her in danger. KNOWING Billy still had a gambling problem. And he continued to pay Billy’s debts. WTF?

I can appreciate where the author was trying to go, but it didn’t work for me at all. Knowing a man is thinking about stealing jewelry – or worse – from the woman he’s screwing doesn’t make him hero material for me. Especially when he couldn’t get himself on the wagon, much less stay there.

Douche bag hero, dishrag heroine, feelings of rage OMGTHERAGE. And neither of them died in the end. Total disappointment all the way round.

This book is available from Red Sage Publishing. You can buy it here

7 responses to “Review/Rant: Can’t Stand the Heat by Wynter Daniels”